Options traders have been very confident

On Monday, we saw that the smallest of options traders had become so aggressively optimistic about a continued rally that they established a record number of bullish versus bearish trades.

That sentiment seems to have spread to the options market at large. This is the first time in months that the 3-day average of the Equity-only Put/Call Ratio has been below 0.5. Our Backtest Engine shows that the S&P 500 has struggled when the ratio was this low. 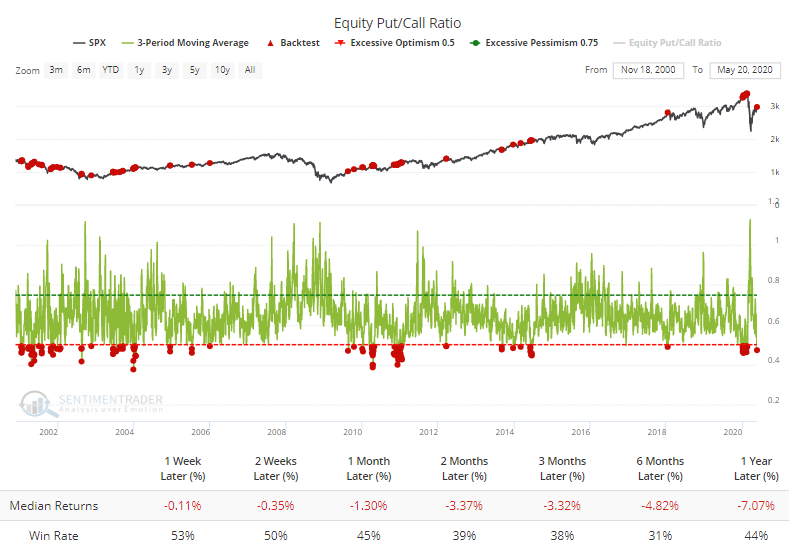 When we see readings like this lead to poor returns even during bull markets, the current level of options activity is a worry. The saving grace might be that we're early enough in a new bull market to run over any negatives like this, but that's placing a lot of faith in the idea that we've passed the worst of the damage.

The post titled Options traders have been very confident was originally published as on SentimenTrader.com on 2020-05-22.