Small options traders have never done this before

The rally in stocks since March 23 has been extremely front-end loaded, with a handful of stocks driving the rally. The lack of continued participation among many stocks has helped some longer-term measures, including surveys like AAII, remain in pessimistic territory. Others, usually shorter-term, are showing more optimism.

Last week, the smallest of options traders, those with trades for 10 contracts or fewer at a time, opened a new record of net bullish positions.

When we net out the bullish and bearish positions, we can see those small traders set a new record last week. There is no data we follow that is more worrying than this. 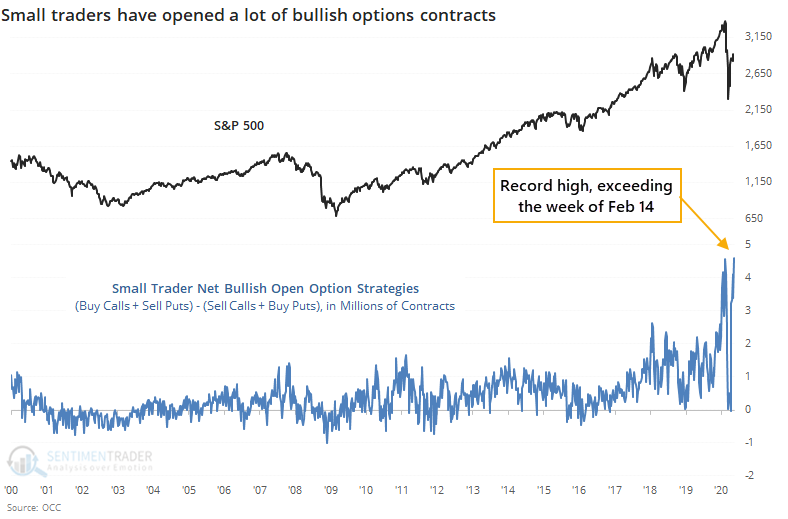 The prior record was February 14, about the peak of the bull market.

The post titled Small options traders have never done this before was originally published as on SentimenTrader.com on 2020-05-19.