Yet Another Breadth Thrust to Frustrate Shorts

Just leave it to this market. Unbelievable.

Seemingly whenever something negative triggers, buyers show up immediately. We saw on Monday that the S&P 500's approach to its former high was accompanied by a negative McClellan Summation Index and more 52-week lows than highs on the NYSE.

No matter, stocks continued to rise, and breadth turned around. The switch was dramatic enough that more than 75% of volume on the NYSE flowed into advancing securities. It happened on Monday, too. And Friday. 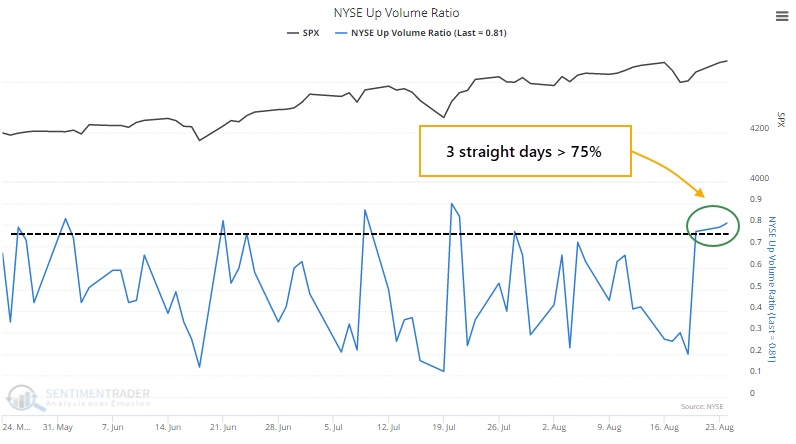 Over the past three years, this is only the 3rd distinct time that the 3-day average of NYSE Up Volume has neared 80% (lumping together the handful of post-pandemic thrusts as one).

Since 1928, there have been 86 non-overlapping periods with 3 consecutive days of 75% or greater Up Volume. Like we've seen so often, the primary highlight of thrusts like this is a remarkably positive risk versus reward ratio over the medium- to long-term.

Across all time frames, the S&P 500's average return was well above random, the average drawdown (risk) was a small fraction of drawup (reward), and there was a much higher probability of a big rise than a big drop.

A year of frustration. Gold hasn't made a new high in over a year. This can be especially troubling when the dollar has broken out to the upside after a long consolidation. 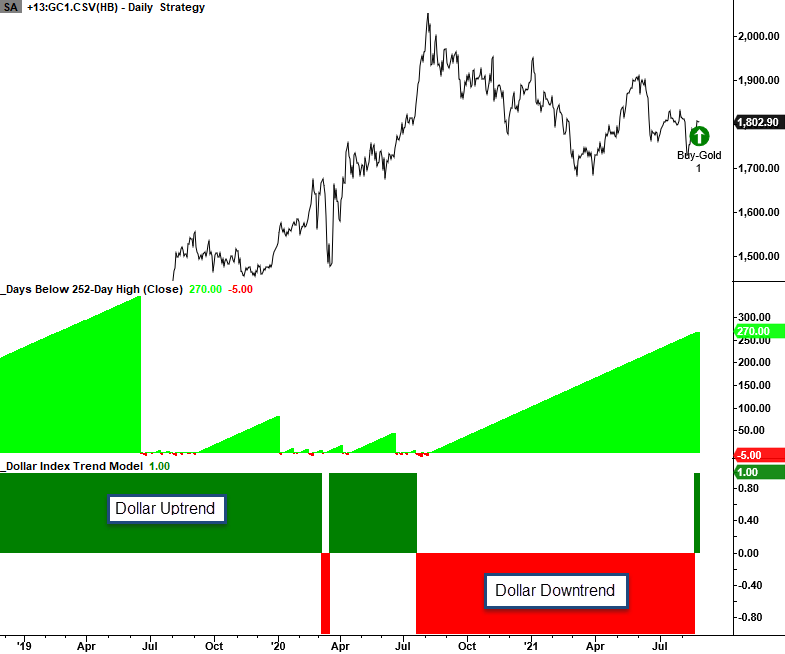 Micro underperformance. The relative performance of micro-cap stocks, some of the smallest in the public markets, is trying to perk up after a couple months. This is a sign of returning risk appetite among investors. 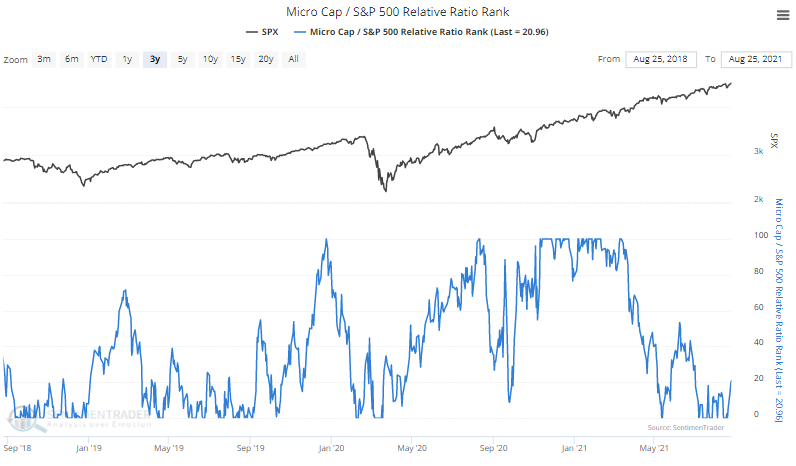 No pessimism. For the 29th time this year, not a single one of our core indicators is showing excessive pessimism. 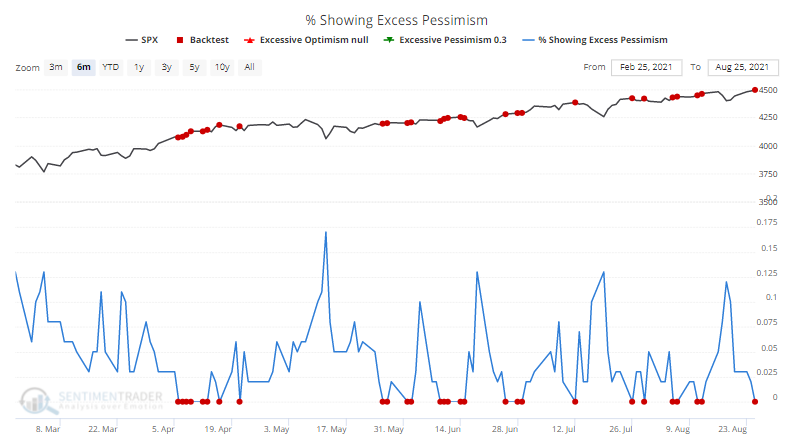 The post titled Yet Another Breadth Thrust to Frustrate Shorts was originally published as on SentimenTrader.com on 2021-08-26.