Why are correlations plunging?

The historic shift between factors hasn't really let up since they were jolted out of a slumber last week. The continued outperformance in small-cap stocks is triggering some other oddities, as well.

This is extremely unusual. Most of the time, higher volatility means higher correlation and vice-versa. 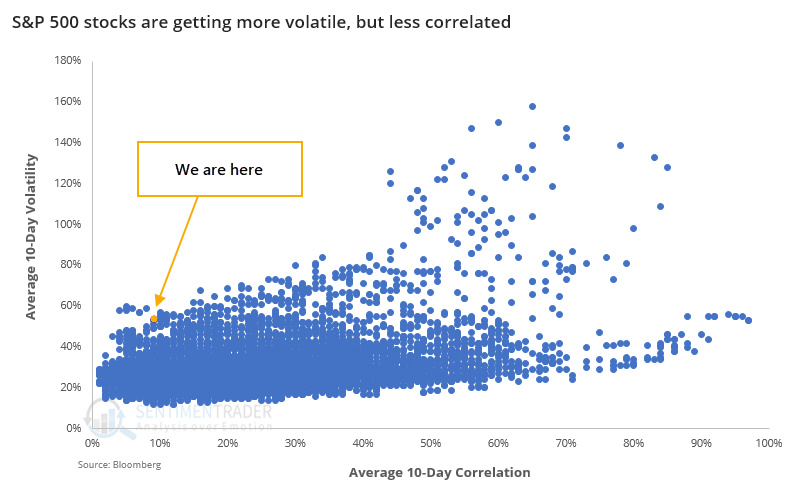 For the S&P 500, this was a mixed-to-positive sign, with gains over the next month and longer-term, but less-positive performance over the next 2 months.

This phenomenon is likely mostly triggered by smaller stocks within the index suddenly becoming more volatile. And, for the most part, that was a good sign for those smaller stocks. The Russell 2000 performed admirably after the other times there was a similar divergence between volatility and correlation.

Do you want to know how we test some of our strategies? Using free, readily available tools, you can. Don't be hemmed in by common misperceptions and outright disinformation about what works and what doesn't - test it yourself.

If you're new to coding, this initial video in a new series is a must-watch. We walk you step-by-step in creating a simple algorithmic trading strategy using the popular Relative Strength Index (RSI).

1. The "Mayer Multiple" on bitcoin still isn't flashing a warning sign. When bitcoin last suffered its most prolonged declines, it was more than 2.4x higher than its 200-day moving average. That's all this indicator is - the spread between the market and its long-term average, which investors have been watching forever. Sidenote - please don't try to name common indicators after yourself, it's embarrassing. [Coindesk]

2. Hedge funds are still carrying too much long exposure to crude oil. A model that combines various aspects of the oil market has turned neutral after being negative for months. Now, if only those pesky hedge funders would finally give up the ghost. [3Fourteen Research] 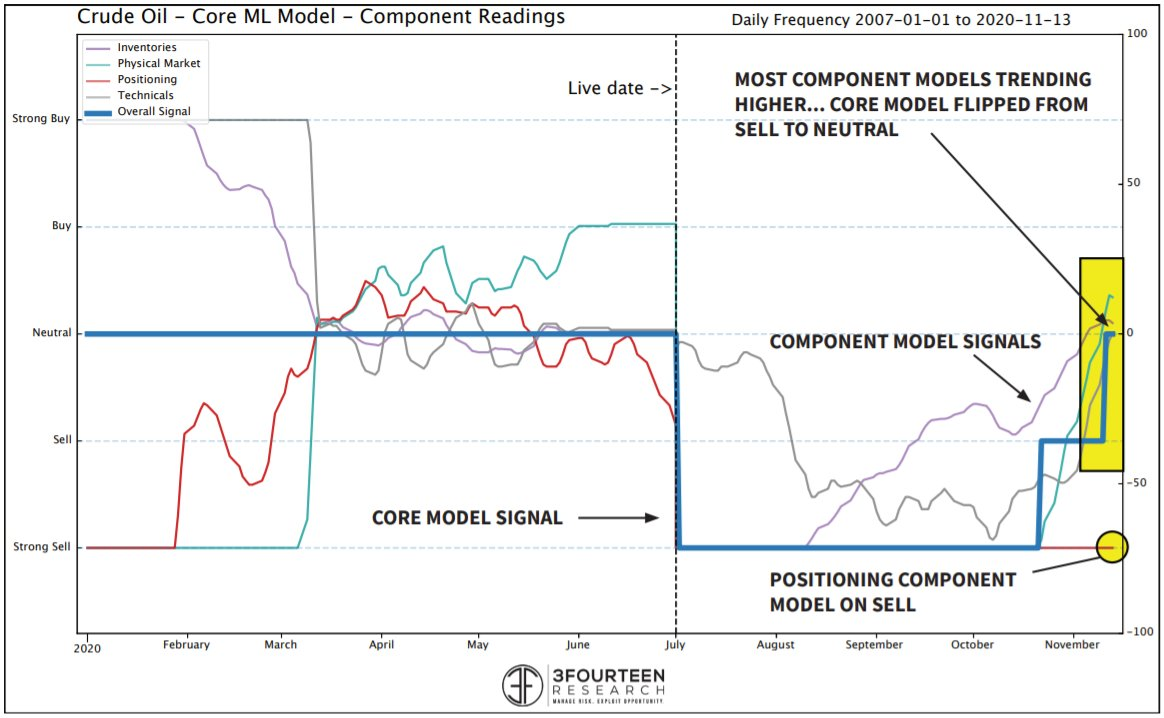 3. Implied forward volatility has plunged across virtually all sectors. Staples, which is usually one of the least volatile sectors anyway, has the smallest expected movement according to options traders. [I. Vodenitcharov CFA CMT] 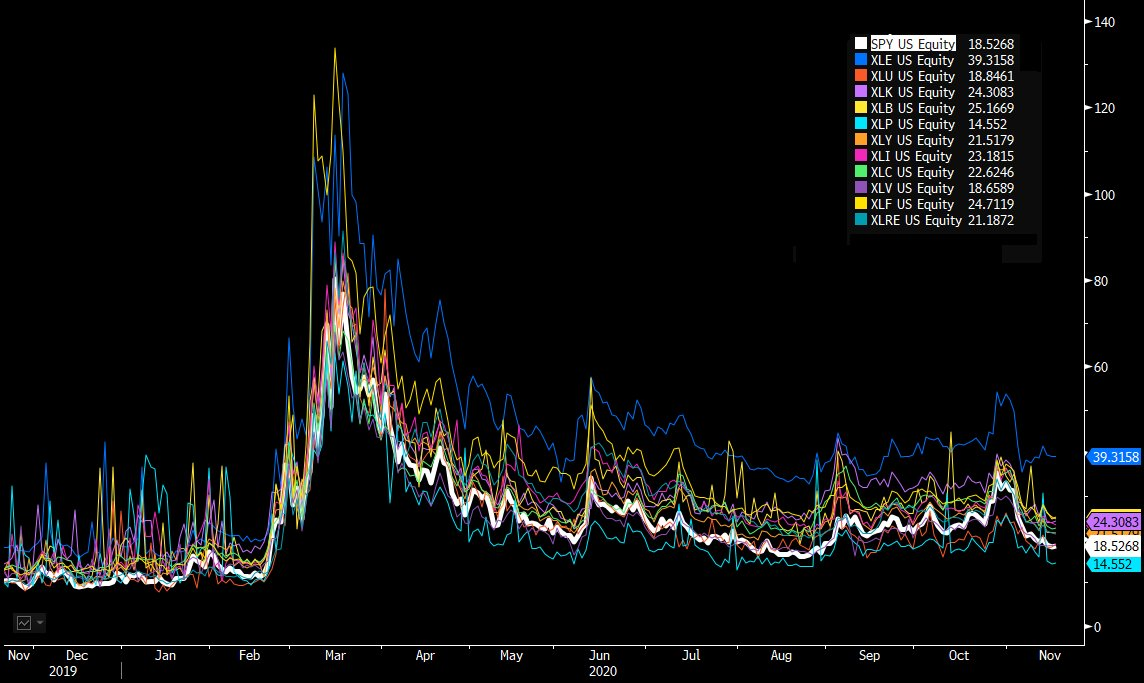 The post titled Why are correlations plunging? was originally published as on SentimenTrader.com on 2020-11-18.