Near the end of the year, we looked at the S&P 500's closest analogs. In terms of pure price performance for the index itself, the highest-correlated year was 1995.

If we look at performance under the surface, things change a bit. In 2021, Energy and REITs were the highest-ranked sectors, while the Small-Cap factor took up the rear. This is using total return and ranked against the return of all other sectors and factors. In 1995, Health Care and Financials led everything else, though Small-Caps were still weak. 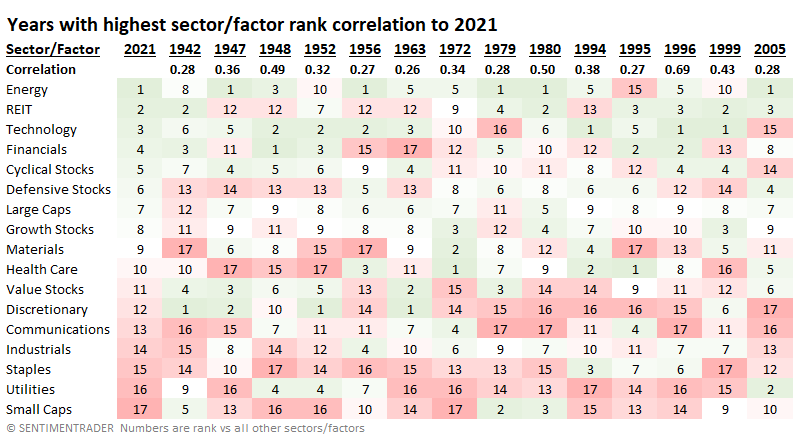 Like we saw with the S&P analog, years with the highest sector and factor correlations to 2021 showed strength in the first couple of weeks, then less so. For the sectors and factors themselves, there was some evidence of mean-reversion.

Yet another wonderful quarter for investors

There have been 56 quarters that have seen the S&P 500 Index gain +9% or more in price since 1933. Forty-seven of those quarters were followed by another up quarter. Only nine times did the S&P 500 decline over the next quarter.

The chart below displays the cumulative growth of $1 invested in the S&P 500 for three months after a +9% quarter. 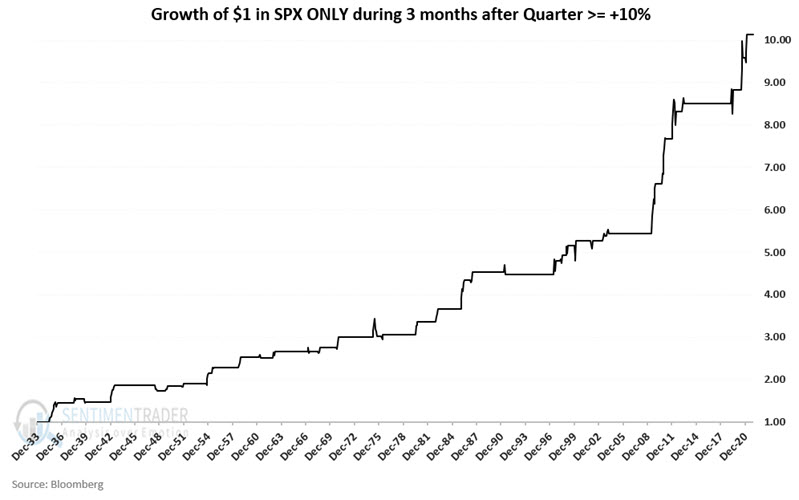 Traders should not assume that the first quarter of 2022 is sure to show a gain for the S&P 500 Index. An 84% success rate is a powerful indication, but it does not guarantee success.