When it's time to switch into Consumer Staples

One factor that few investors take into consideration when allocating between the two is inflation. As it turns out, such analysis may offer an edge. To illustrate this point, let's focus on a strategy that looks solely at inflation to decide whether to be in the staples or discretionary sectors.

The chart below shows the relative performance of consumer staples versus consumer discretionary ONLY when inflation was very high. 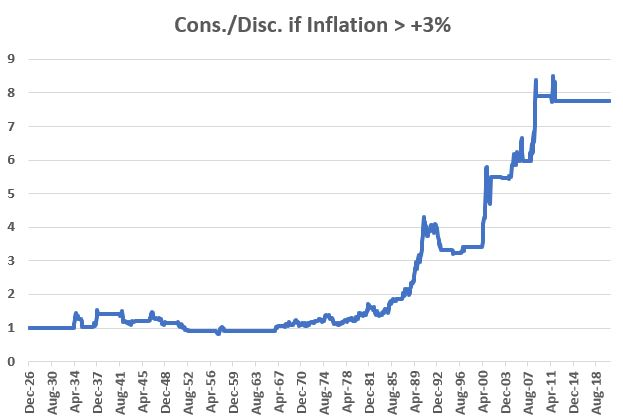 There are many factors that can influence the relationship between staples and discretionary sectors.  Still, it appears that factoring inflation into the equation may offer investors an important - and little-recognized - potential edge.

The post titled When it's time to switch into Consumer Staples was originally published as on SentimenTrader.com on 2021-04-19.