When Almost Every Stock Rises, This Happens

With internal weakness that's been festering for a while, then a dip in most stocks to end last week, some sensitive breadth measures neared oversold territory. Monday's surge took care of much of that.

Traders get excited when there is a lopsided day in the markets. On Monday, it was all-aboard to the upside, with few stocks failing to rise. There have been more than 450 net advancing stocks within the S&P 500 only five other times in the past five years when SPY was above its 200-day moving average. 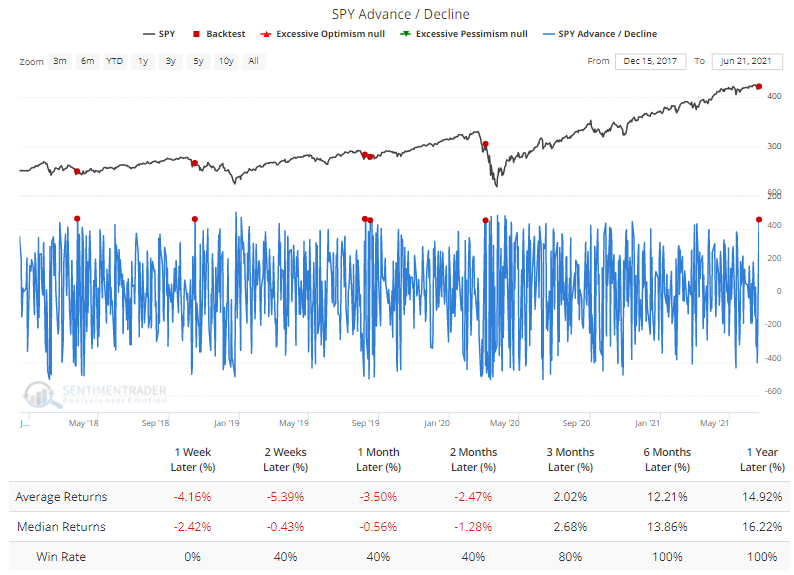 For what it's worth, all five saw the S&P trade lower over the next week before rebounding. It took about 5 seconds to test this assumption using our Backtest Engine.

Going back to 1928, Monday was among the best breadth days ever, with more than 90% of its stocks advancing, when the S&P was sitting within 1% of a multi-year high. It never happened from 1928 through 1986.

Crypto crash. The Bitcoin Optix has dropped to 7.6 for only the third time this year, with the others both being late last month. 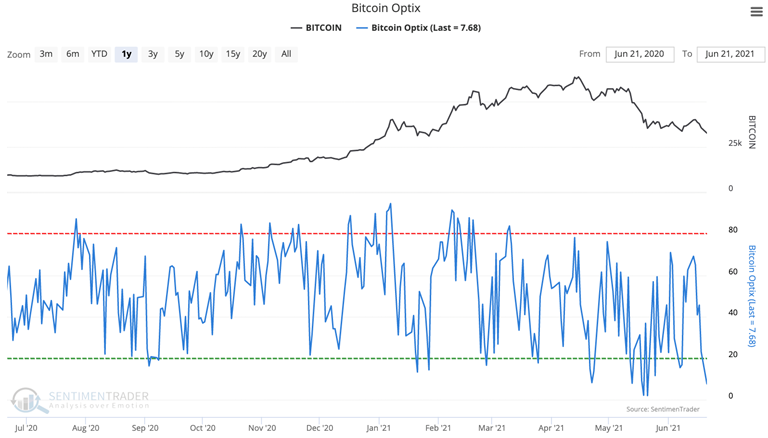 Major meltdown. The Major Index Combo has dropped to its lowest point in two years, slumping to -98. When this has happened within the last decade, according to the Backtest Engine, returns were mostly negative over the next 2-8 weeks. 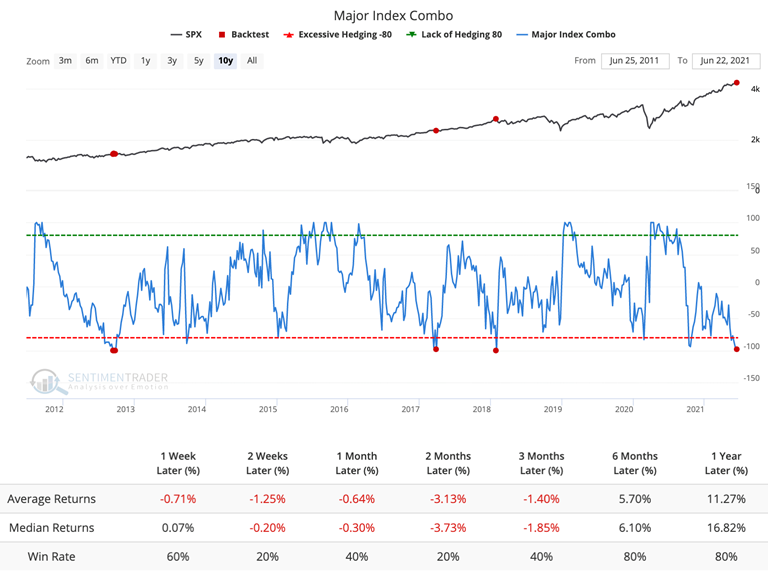 No average joe. Average coffee seasonality is close to its lowest point of the year. Over the past 30 years, the contract has usually bottomed around the 115th trading day of the year. Hard to imagine in 2021 with massive gains already. 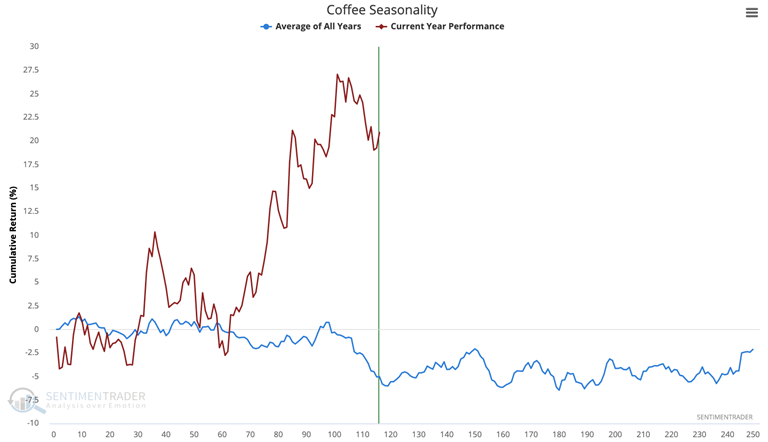 The post titled When Almost Every Stock Rises, This Happens was originally published as on SentimenTrader.com on 2021-06-23.