What this indicator is saying about investors' complacency

It's a truism of markets, lasting decades if not centuries, that when investors panic, they sell everything together. When they're comfortable, they buy and sell securities on their individual merits.

That's why we see correlations among stocks and other assets rise during times of anxiety and fall during periods of complacency. This is notable now because the correlation among stocks in the S&P 500 has plunged to the lowest level in over a year. 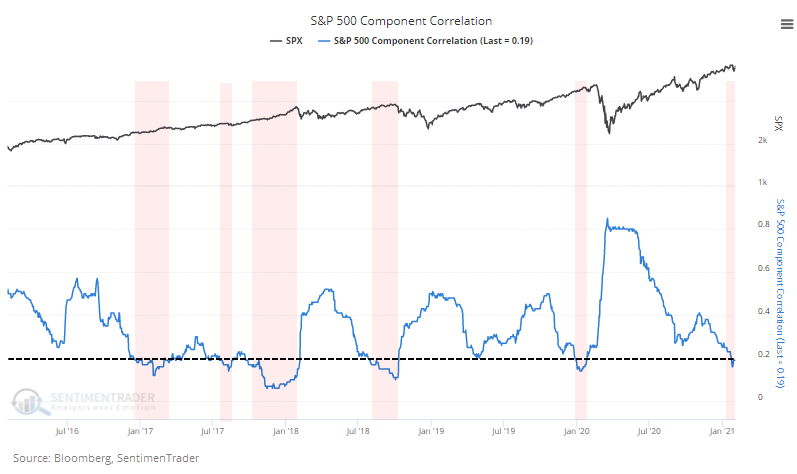 Correlations have gyrated in a wider range in recent years, so we can transform the data series above into a z-score. This compares the current reading to the average over the past year and adjusts for the standard deviation among those readings. This measure dropped below -1.5 in late January and has stayed right around that level.

When the S&P 500 has been at or near a high and the correlation z-score drops below -1.5, the index has had some trouble holding its momentum.

Closed-end bond funds are still holding strong. Signs that investors are euphoric are everywhere, but so far, there haven't been many signs that it's leading to a breakdown in leading areas of the market, such as credit-sensitive issues. Source: Tom McClellan 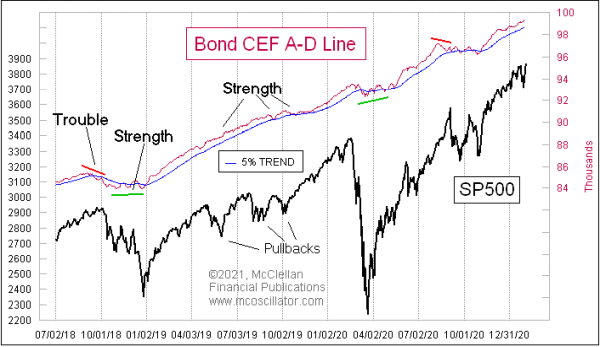 Might as well bet on tech. As long as things are humming, investors are comfortable putting a record amount of money into tech-focused ETFs. Party on! Source: Mike Zaccardi 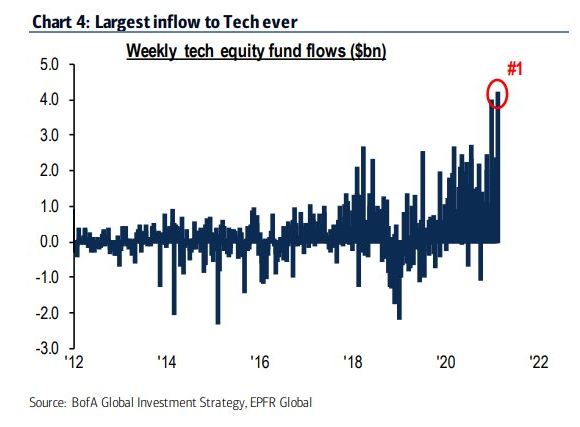 Companies are optimistic, too. The difference between the number of companies raising their financial outlooks minus lowering them has been above zero for 9 months in a row. Source: Bloomberg TV 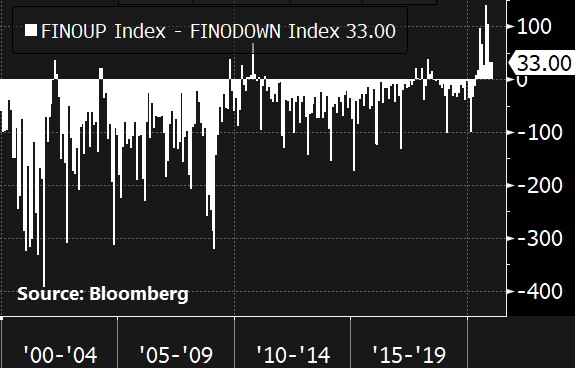 The post titled What this indicator is saying about investors' complacency was originally published as on SentimenTrader.com on 2021-02-05.