What the violent rotation out of Growth stocks means for Value

One of the most vicious reversals of the new year has been the rotation out of Growth and into Value. After plunging to nearly a 20-year low late last year, the ratio between Value and Growth factors has soared. On Monday, it reached a 6-month high, surpassing its peak from October. 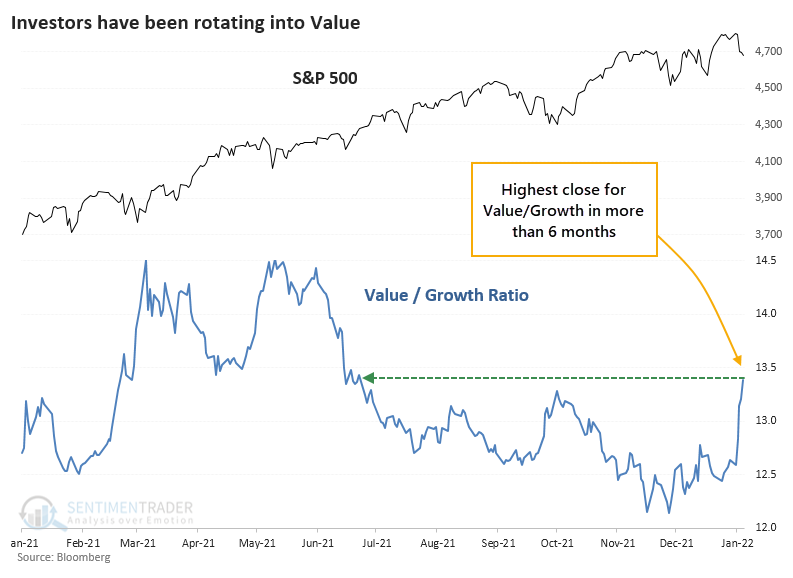 This is yet the latest temptation for Value investors. Previous rallies were nothing but siren songs, but hope springs eternal. At some point, valuations have to matter. Right?

There may be a silver lining here for those who insist on actual profit-earning businesses that aren't absurdly speculative. After the Value/Growth ratio cycled from a 1-year low to a 6-month high within 3 months, Value continued to outperform in the months ahead.

For the broader market, it was a mixed blessing. One might reasonably assume that a sudden shift toward Value would be a dire warning for the S&P 500, but that wasn't really the case.

A low-stress bet on silver seasonality 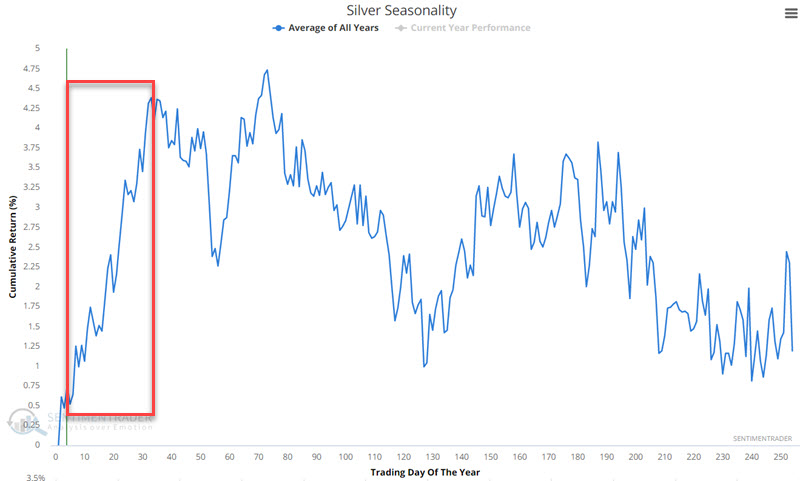 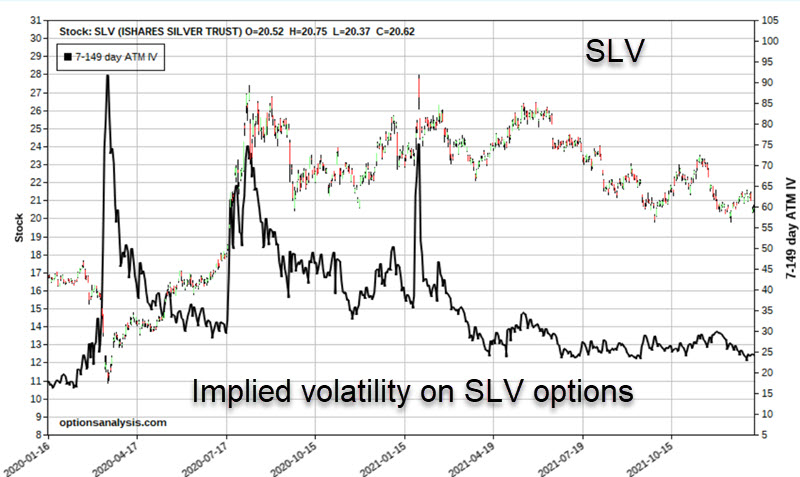 Jay then showed a way for a trader to construct a low-stress way to bet on the positive seasonal window without a lot of capital commitment.

The post titled What the violent rotation out of Growth stocks means for Value was originally published as on SentimenTrader.com on 2022-01-12.