What happens in Month 2 of Year 1

February of 2021 represents the 2nd month of the Post-Election Year in the 4-Year Election Cycle.

Is there a way to categorize the typical stock market performance during February of Post-Election Years? Yes...in a word, "Poor", both on an absolute and a relative basis.

For each of the 48 months of the election cycle, Jay looked at the average return for all sectors during that particular month (#1 for January of the Post-Election year to #48 for December of the Election Year) starting in January 1929 through December 2020.  This represents a total of 23 completed 4-year election cycles.

Here's the kicker...in terms of average monthly return, Month 2 ranked 47 out of 48 months at -1.10%. The chart below shows the average return among all sectors for the month. 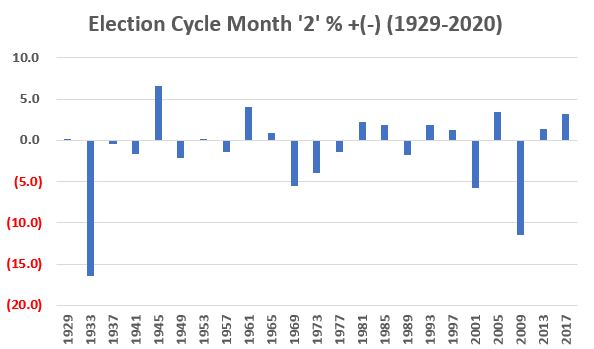 Despite all of this apparent negativity, it should be recognized that Month 2 showed a positive return in 12 out of 23 cycles since 1929. So, you should NOT assume that February of 2021 is doomed to be a bad month for stocks. What you DO need to recognize is that when Month 2 is good, it is OK. And when Month 2 is bad it is often very bad.

As if it couldn't get any more speculative, day traders are now piling into companies before those companies even have anything to operate. Blank check companies are just pools of cash, and these SPACs have been jumping as traders rush in. Source: Wall Street Journal 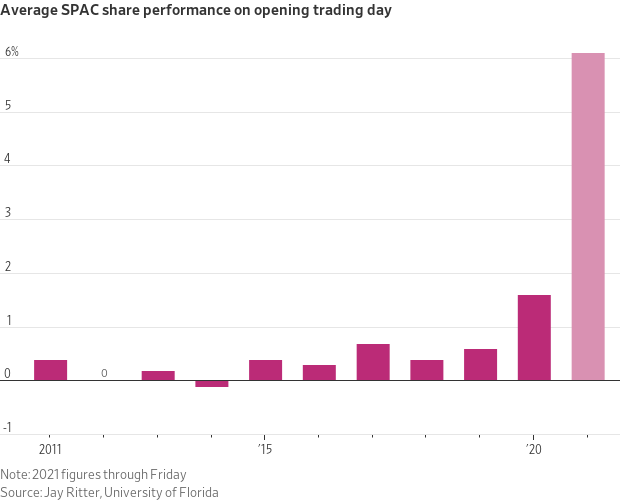 A record number of companies have doubled their trading volume. Another sign of the gambling frenzy that has overtaken the stock (and now commodity) market, there haven't been this many stocks with a 100% increase in trading volume in at least 22 years. Source: Axios 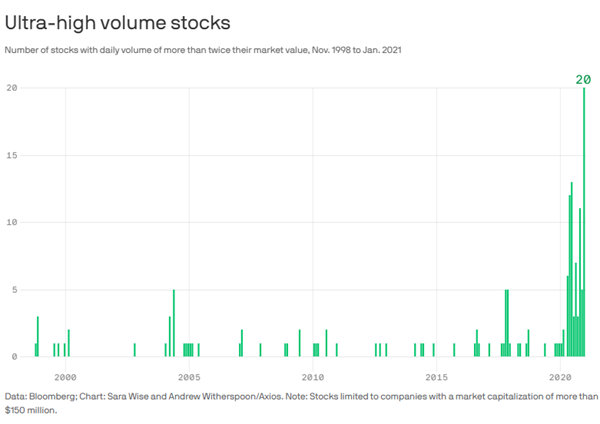 Squeezing zombies. A lot of these high-volume stocks are dead men walking. The highest-volume stocks have been those with so much debt they can't cover their interest payments. But a lot of folks have shorted them, so they've become trading targets. Source: Arbor Research via Daily Shot 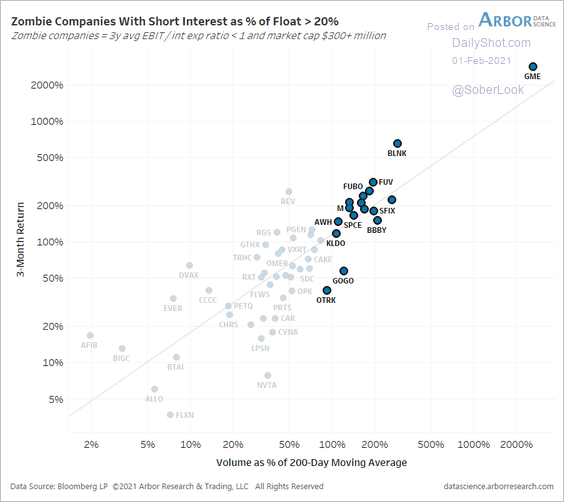 The post titled What happens in Month 2 of Year 1 was originally published as on SentimenTrader.com on 2021-02-01.