Watch This for a Big Clue About the Shanghai's Potential

Never short a dull market, that's what the textbooks tell us.

If that's the case, then we shouldn't be short Chinese stocks, because it doesn't get much duller than this. The Shanghai Composite (SHCOMP) has entered a low volatility consolidation phase that would suggest a future breakout swing trade opportunity.

The Bollinger Band Breakout system seeks to identify low volatility that sets up a future breakout. When the spread between Bollinger Bands, a measure of volatility relative to recent history, is less than 3.5%, and then Shanghai breaks out within 10 trading days, which way it breaks had a big impact on future returns. 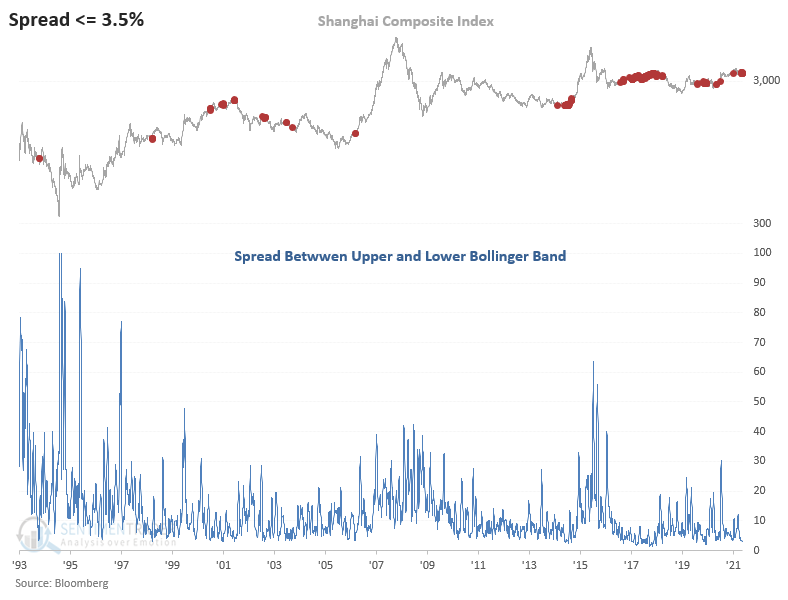 Consider the table below:

There was a stark difference in the Shanghai's forward returns depending on which way it broke out of its volatility consolidation. Traders should pay heed to which way these stocks break in the short-term to get a big clue on the bias for the next several months.

The post titled Watch This for a Big Clue About the Shanghai's Potential was originally published as on SentimenTrader.com on 2021-05-17.