Wall Street can't keep up with torrid gains in stocks

Our Backtest Engine shows that when analysts upgraded their price targets on a large number of stocks within the S&P 500, returns in the index over the next three months were poor and consistently negative.

Curiously, they remain tepid on prospects for the largest stock in the U.S. The share price of Apple has run far ahead of where analysts think it should be, indicating that the stock is nearly 10% overvalued. 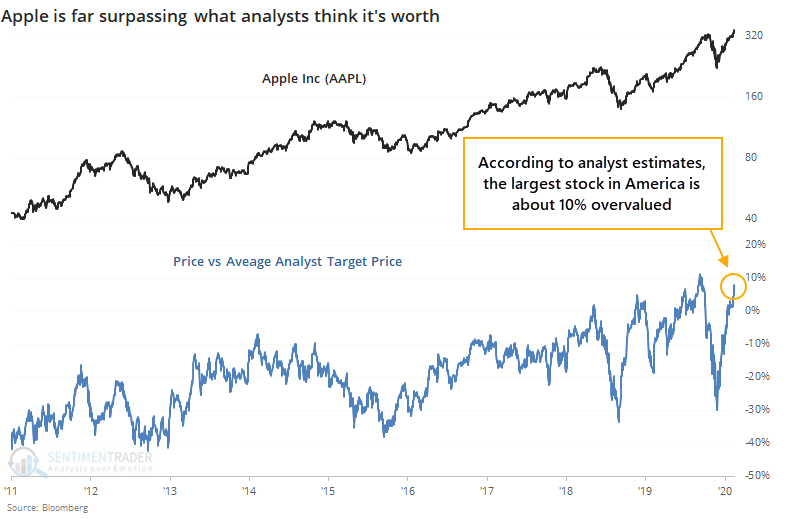 While this has not been a precise timing signal, when the stock has run this far ahead of analysts, its future returns were mediocre, with short-term gains usually given back during subsequent pullbacks.

The post titled Wall Street can't keep up with torrid gains in stocks was originally published as on SentimenTrader.com on 2020-06-11.