Bloomberg notes an interesting divergence - volume across U.S. exchanges is soaring higher even while implied volatility ("fear") plunges. There is a very close positive correlation between the two, so this is highly unusual.

If we look at each of them compared to their ranges over the past 200 days, they're at opposite extremes. 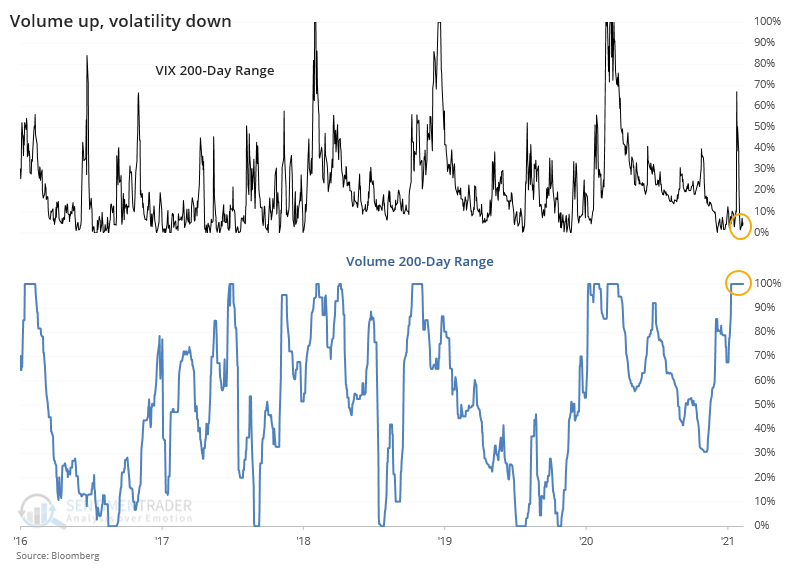 This didn't mean much in 2017 as stocks went on to enjoy many months of a creeper uptrend. That wasn't so much the case with the other times this triggered, as most of them suffered losses over the next couple of months.

Volatility is a worry for later. Options traders are pricing in a larger probability of higher volatility 3 months from now versus volatility now. It's a sign of immediately complacency. Source: Daily Shot 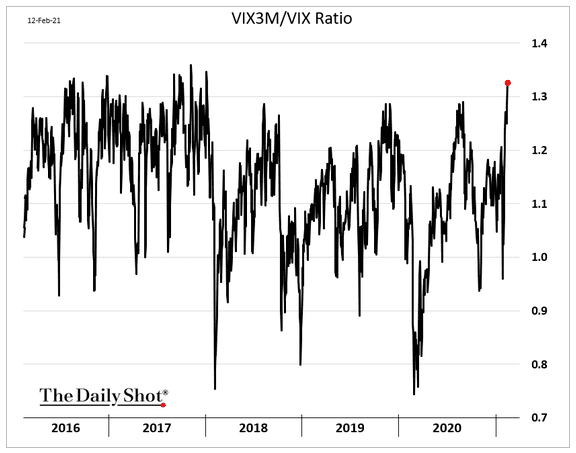 The riskiest investments get the most attention. Investors are in the part of the cycle where they're focusing heavily on trading the most speculative stocks and derivatives, and absorbing debt from the riskiest corporate borrowers. There has never before been such appetite to accept such low yields from such shaky borrowers. Source: Wall Street Journal 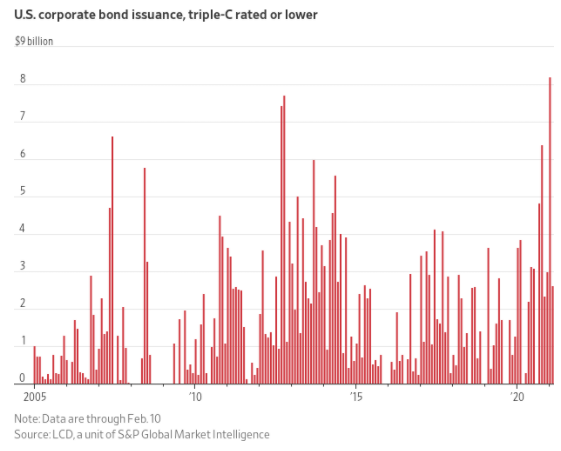 Even fund managers aren't immune. According to a monthly survey of big money managers from Bank of America, they've never been more willing to take risk. Source: BofA via Robin Wigglesworth 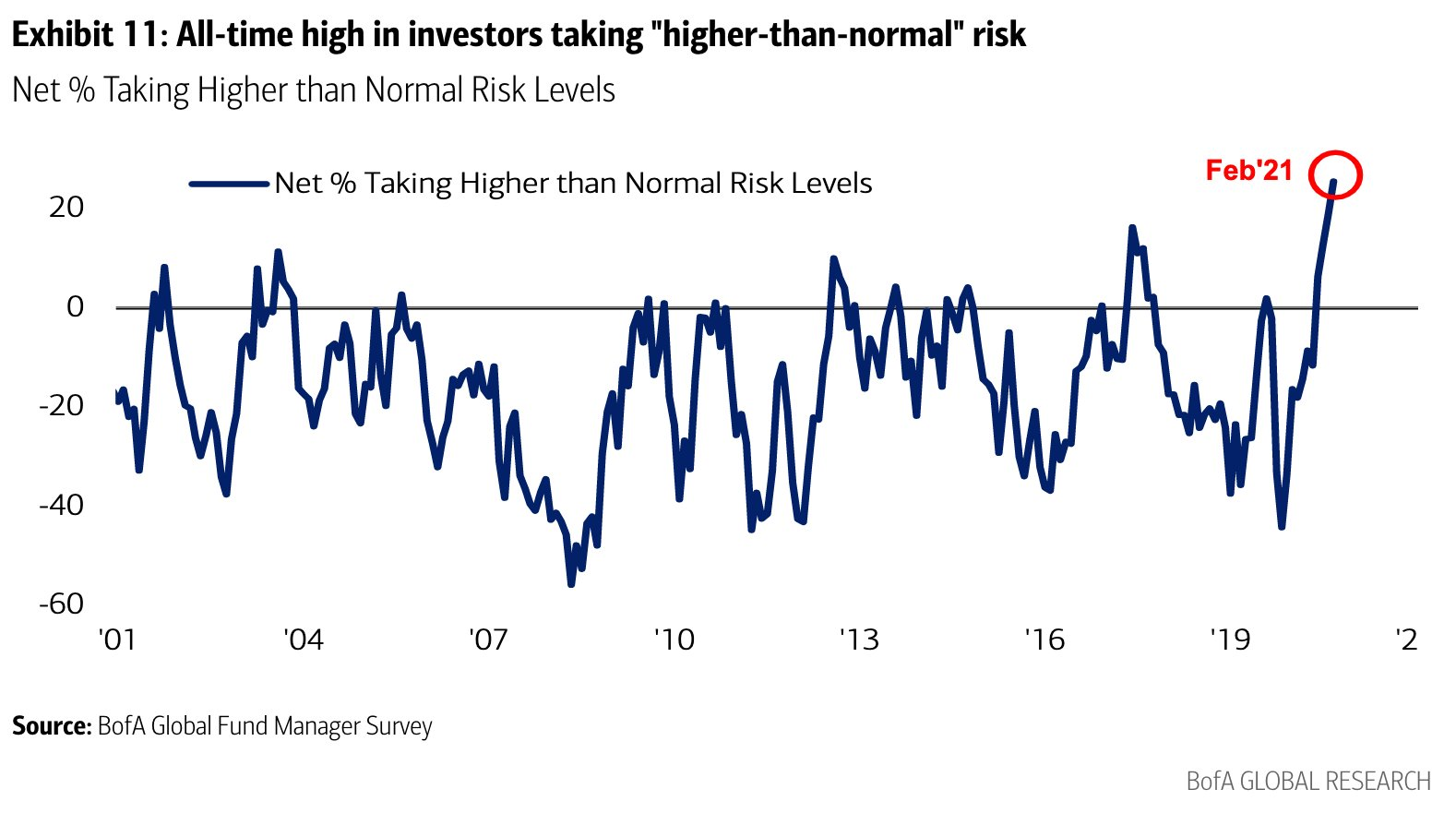 The post titled Volume pops as volatility drops was originally published as on SentimenTrader.com on 2021-02-16.