The past few days have seen U.S. stocks chop up and down. One of the few exceptions has been the utilities sector, which on a total return basis reached the highest level since the March crash.

As a result, the percentage of stocks in this sector above their 50-day moving averages surged from less than 15% to greater than 78% within 2 weeks. 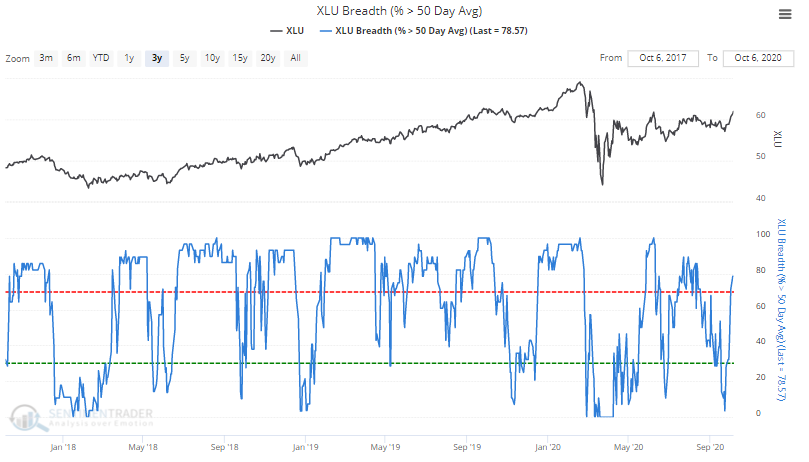 We've seen repeatedly in the past that a staid sector like utilities does not tend to do well in the short-term after big bouts of positive momentum. There are some signs of that here, and shorter-term returns have been mostly weak as noted above. Longer-term, however, the bias was solidly higher.

The post titled Utility stocks have seen a big internal surge was originally published as on SentimenTrader.com on 2020-10-08.