With utility sector stocks doing so well, it's no surprise that most members of the Dow Jones Utility Average are trading above their moving averages. The rally has been swift and sustained enough that more than 95% of the stocks in the index are now trading above their 10-, 20-, 50- and 200-day averages. 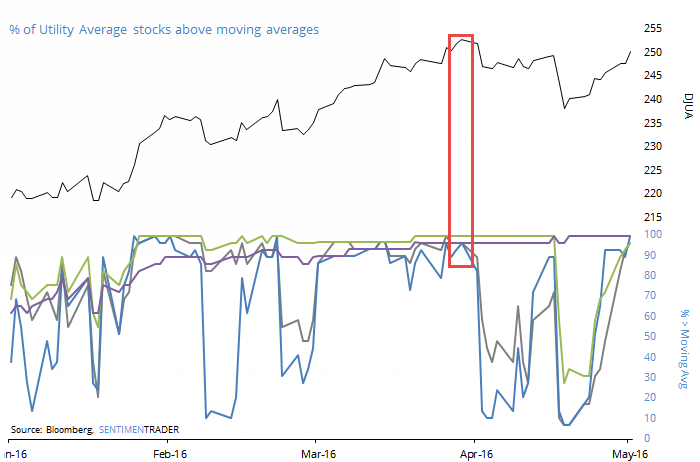 Dating back to 1990, the Utility Average has been in this broad-based of an uptrend 23 other distinct times (ignoring dates that occurred within one month of each other). The last time it happened was at the end of March, after which utility stocks slid into a pullback.

The chart and table below show the other times this occurred. The Utility Average's returns in the shorter-term were weak. Up to a month later, Utilities were higher only 9 of the 23 times and its average return was significantly below random. It has been particularly bad over the past five years.

For those looking to get defensive exposure via this sector, it may be best to wait for the uptrend to cool a bit first. 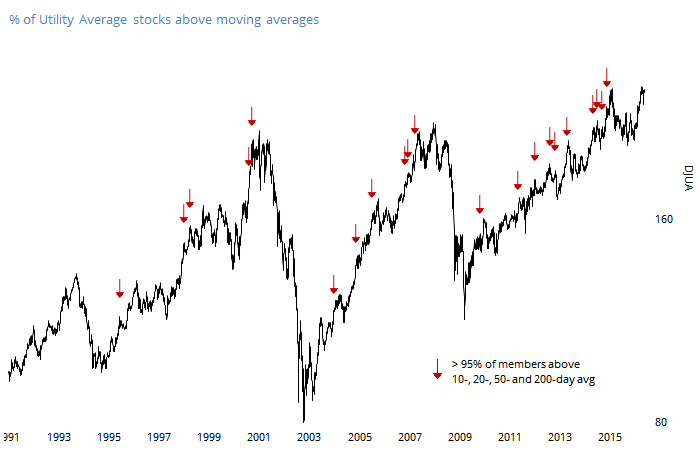 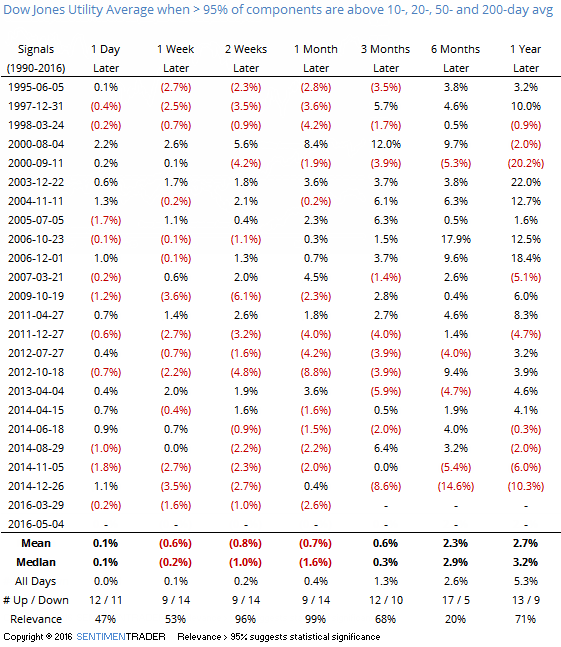 The post titled Utilities Average Is Stretched was originally published as on SentimenTrader.com on 2016-05-05.