Throughout October and into November, we looked at the thrusts and breadth of buying interest. It was some of the best we've ever seen, and that was on the heels of near record-shattering positive breadth in April and May.

As a result of that and follow through into December, almost every stock in the S&P 500 is above its 200-day moving average. With so many stocks in uptrends, it stands to reason that most industries would be as well. And in recent weeks, that has been the case, with 100% of them above their 200-day averages. 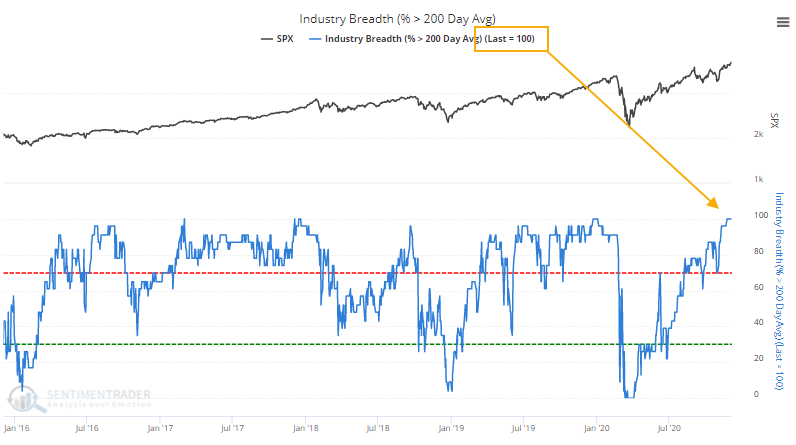 The rally has broadened out across the globe, with all major global equity indexes also in uptrends.

When we've seen this kind of global coordinated buying interest before, stocks in the U.S. have stumbled over the short-term as overbought conditions wore off. Over the next year, however, the S&P 500 was higher after all but one signal. Overbought doesn't have to be a bad thing.

1. Yet another sentiment model has reached a level that suggests investors are somewhere between giddy and downright euphoric. [Goldman Sachs] 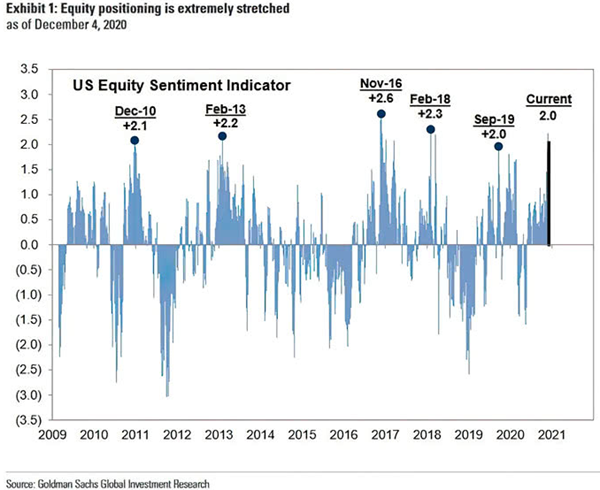 2. Folks are bullish, and backing it up with their money. Equity allocations are pushing the upper bound. [Goldman Sachs] 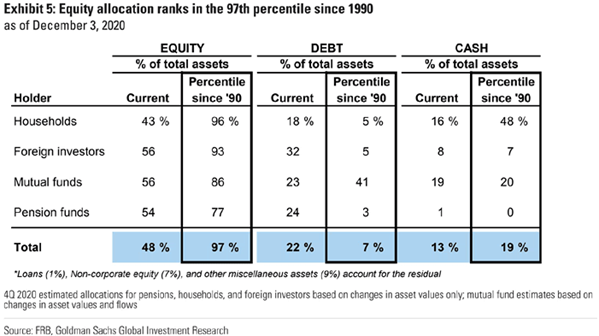 3. Commodity Trading Advisors (CTAs), who typically employ trend-following strategies, are back to holding a substantial net long position in the big tech stocks that dominate the Nasdaq 100. [Nomura via Isabelnet] 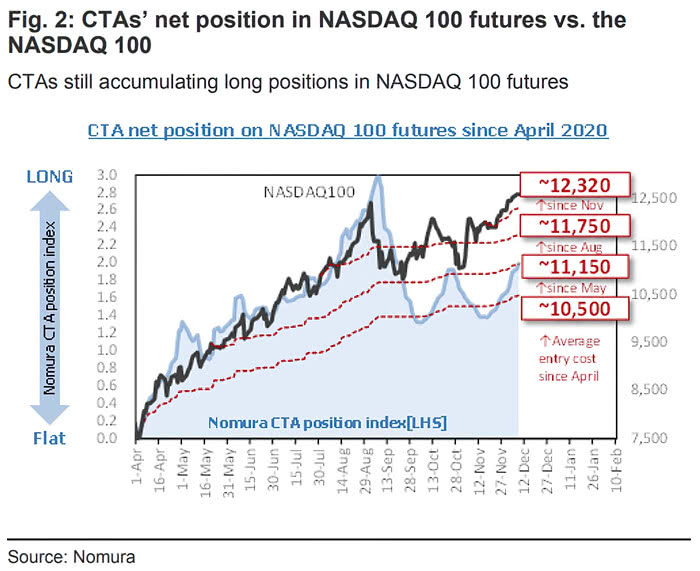 The post titled Uptrends, uptrends everywhere was originally published as on SentimenTrader.com on 2020-12-09.