Uh-Oh, Options Speculators Are Back

Since 1990, other times it swung like this, tech suffered, while health care held up better. The S&P 500 itself was mixed. 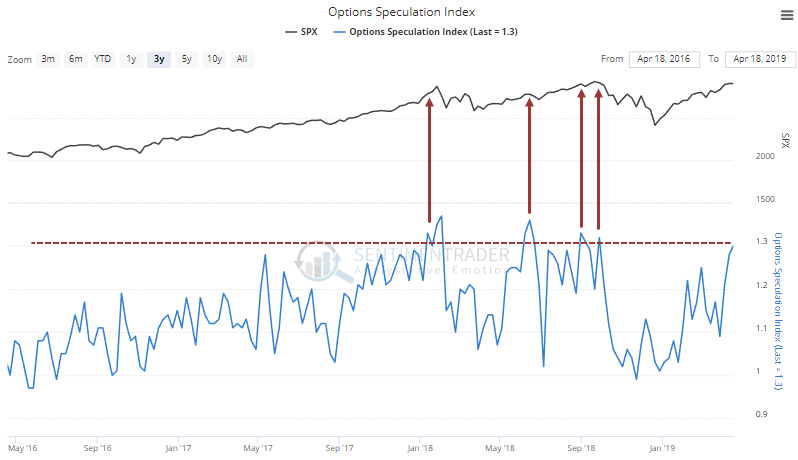 Other times the indicator reached this high of a level since the year 2000, it was tough for stocks to maintain any upside momentum.

News articles mentioning the “fear of missing out” among investors have skyrocketed over the past three weeks to a record high. The two other times there was a spike like this, stocks had been rallying but soon lost momentum.

The latest Commitments of Traders report was released on Friday, covering positions through last Tuesday

The 3-Year Min/Max Screen showed the usual culprits. Notably, “smart money” hedgers are holding at least 5% of the open interest net long in corn and soybean futures. Even within their persistent downtrends, this has usually led to positive returns over the short- to medium-term.

The post titled Uh-Oh, Options Speculators Are Back was originally published as on SentimenTrader.com on 2019-04-23.