Treasury Market Sees a Dead Cat, and It's Bouncing

After Treasury notes and bonds took a tumble into April, sentiment soured, and inflation was on the tip of seemingly every investor's tongue.

That has quieted down quite a bit in recent weeks as economic data has been mixed and yields retreated from their highs. If yields are declining, that means note and bond prices are rising.

For 10-year Treasury notes, the rally off the bottom has gone 65 days. Some old trend-following systems suggested that if a market goes this long without setting a new low, then the trend has changed. 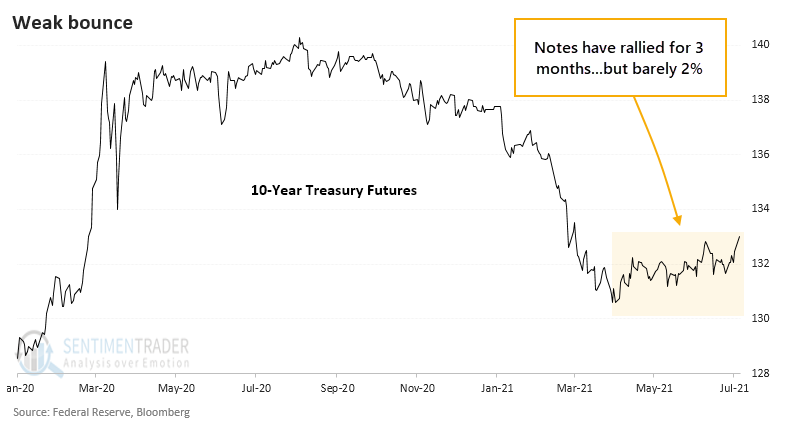 What's notable about this rally, though, is that it has a 'dead cat' feel to it. Note prices haven't even bounced 2% from the low, making it the 7th-weakest rally since futures began trading 30 years ago.

After these 'dead cat' bounces, there was a consistent tendency for notes to revert to a downtrend. Over the medium-term, prices continued to rally only once. All the other signals showed a loss on one of the multi-month time frames.

When we contrast that to times when notes had stronger rallies, at least 3.5%, then there was quite a big difference in future returns.

For stocks, weak rebounds in 10-year Treasuries didn't mean much. The S&P 500 showed mixed returns in the months ahead, as did most sectors and factors, with only a few standouts.

Call off. Large traders have been buying call options to open at a steadily increasing pace since 2016, and have now tied for their second-highest percentage of total volume in over 20 years. 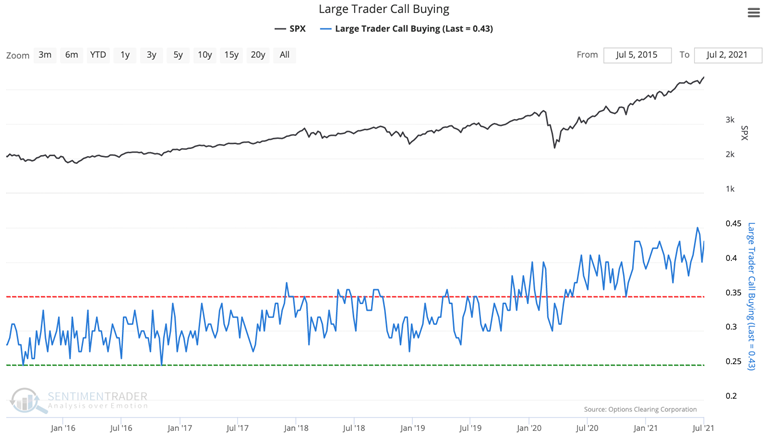 Skyrocket. Rydex Technology Assets have gone vertical, jumping from $61 to $104 million in a day. Somebody's betting that tech stocks are going to keep soaring. 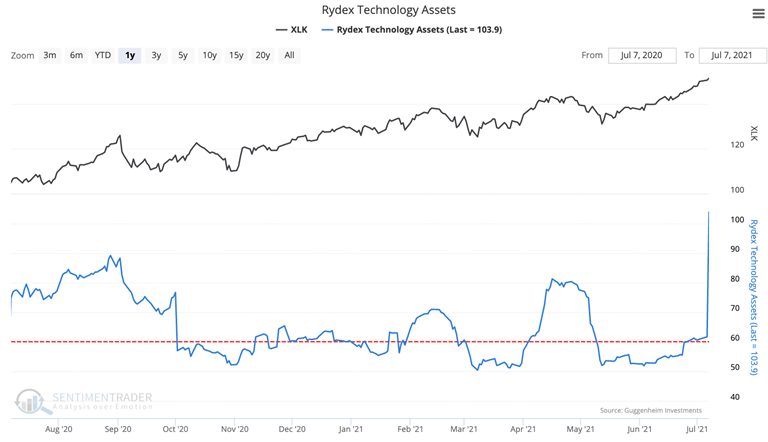 Drain the rink. The Canada Fund Flow saw its largest withdraw since 2009, with the EWC fund losing more than $400 million in a single day. 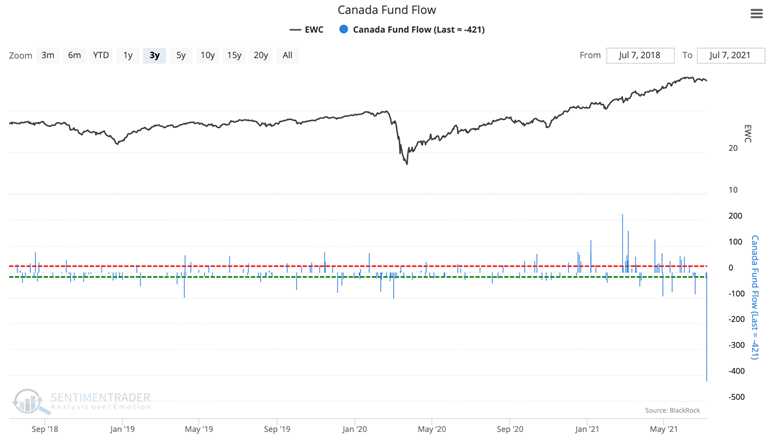 The post titled Treasury Market Sees a Dead Cat, and It's Bouncing was originally published as on SentimenTrader.com on 2021-07-09.