Building on a true extreme reached late last week, the spread between Smart and Dumb Money Confidence widened further, stretching to a threshold rarely achieved in the past 20 years.

The spread got this wide in the initial investor euphoria exiting the 2001-02 bear market. But the idea that our current environment is anything like May 2003 is highly questionable, so it’s not unreasonable to discount that signal’s positive future returns. The other times this happened, the S&P 500 showed minimal (and only temporary) gains versus higher-than-average risk over the short- to medium-term.

With stocks rallying day after day, the Equity Put/Call ratio has been pushed to its lowest level since June 2014, as more than twice as many call options were traded than put options. 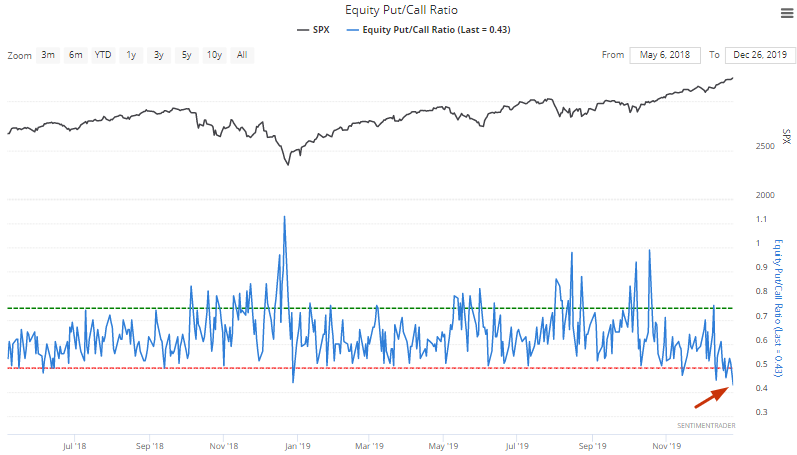 When the equity Put/Call ratio made a 1 year low, the S&P's returns over the next 1-3 months were quite poor.

As one would expect if stock returns were poor, the VIX "fear gauge" almost always spiked 1 month after these events. The only case in which VIX did not spike was last December, after VIX had already surged. Today, volatility has been subdued for a long time. 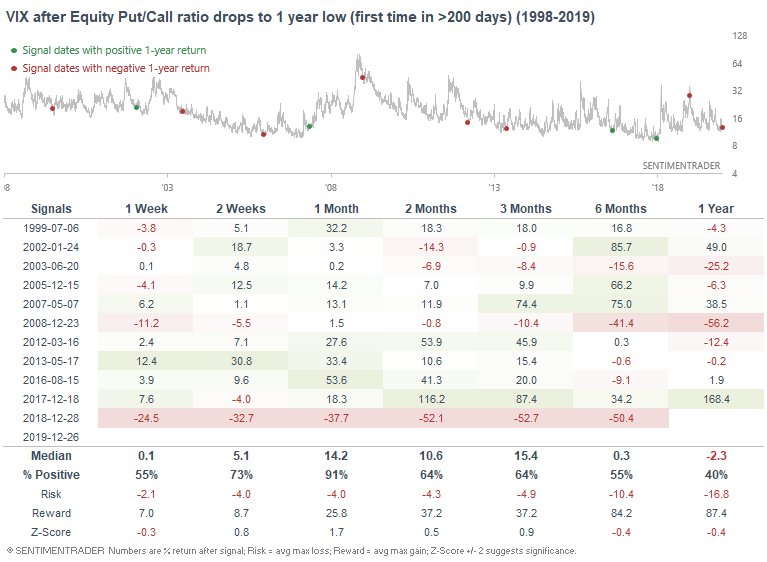 The post titled Traders Buy Calls As Smart/Dumb Money Plunges was originally published as on SentimenTrader.com on 2019-12-27.