This Just Happened for Only the 4th Time in 20 Years

We've looked at a lot of momentum and breadth studies in recent months, with the conclusion that 2021 has been a year for the record books. The few precedents often witnessed some short-term soft spots but consistently good longer-term returns.

Broader market breadth has been weakening for months, but major indexes shrugged that off with ease. Among stocks traded on the NYSE, fewer and fewer have been holding above their 200-day moving averages. That happened in 2014 and 2017 as well, but it persisted for a very long time. 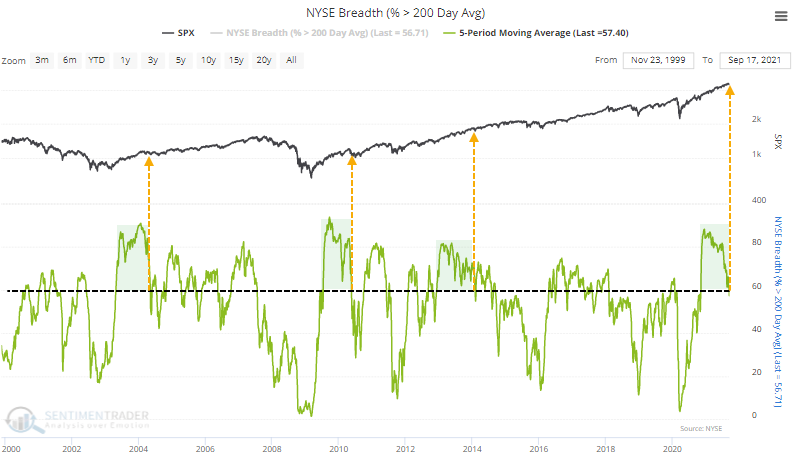 The 5-day average of this figure dropped below 60% for the first time in over 200 sessions, ending the 13th-longest streak since 1928.

Like we've seen with most of the other studies that looked at long-term momentum and positive breadth, the ends of streaks like this typically did not morph into something more serious. Out of the 12 precedents, only one preceded a double-digit decline over any time frame.

When the other long streaks ended, the S&P 500 was an average of 5.8% below a multi-year high at the time. When the streak ended last week, the S&P was only 2.1% from its peak, the shallowest pullback of all.

Waning optimism. Medium-term sentiment has declined to the lowest level of the past year. Over the past two years, only February - April 2020 saw investors less enthusiastic than they are now. 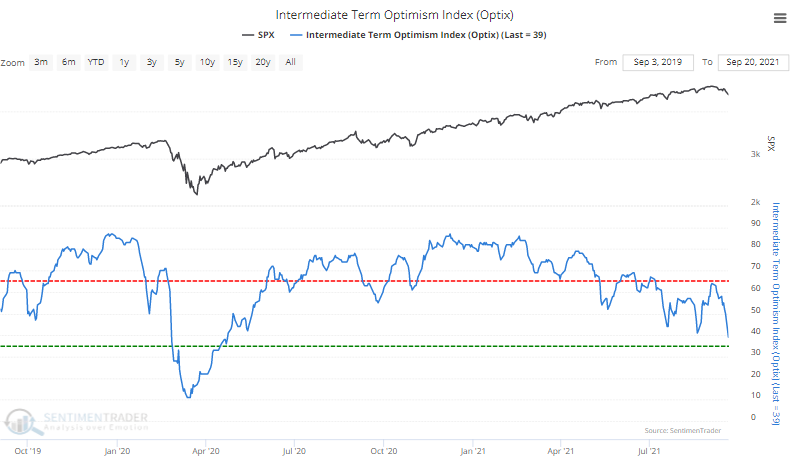 Socially unacceptable. Over the past month, the XLU utilities fund has seen an average of more than 4.5 negative mentions on Twitter for every positive mention. That's nearing the most in the past year. 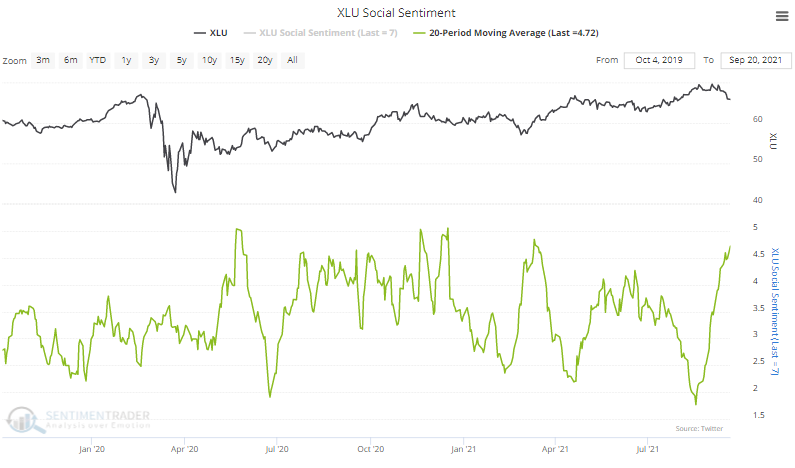 Big declines in small stocks. Within the Russell 2000, nearly 1,600 more stocks declined than advanced on Monday, only the 6th time in the past year when selling pressure was so overwhelming. 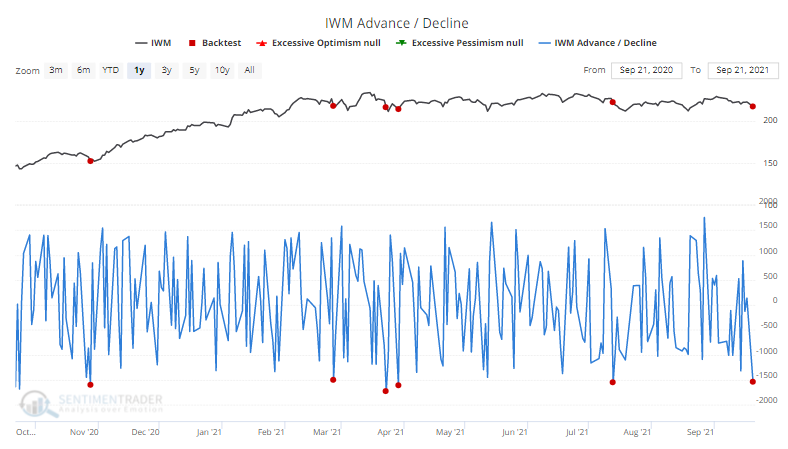 The post titled This Just Happened for Only the 4th Time in 20 Years was originally published as on SentimenTrader.com on 2021-09-21.