It's been a heckuva year for the most benchmarked index in the world. And while some securities have been struggling (mostly of the smaller cap variety), the recovery in indexes has been a global phenomenon.

For more than 7 months now, every major world equity index that we follow has been in a solid long-term uptrend, with a rising 200-day moving average. Even the incredible momentum run in 2017 didn't see such pristine conditions, as there was usually at least one global index bucking the uptrend. 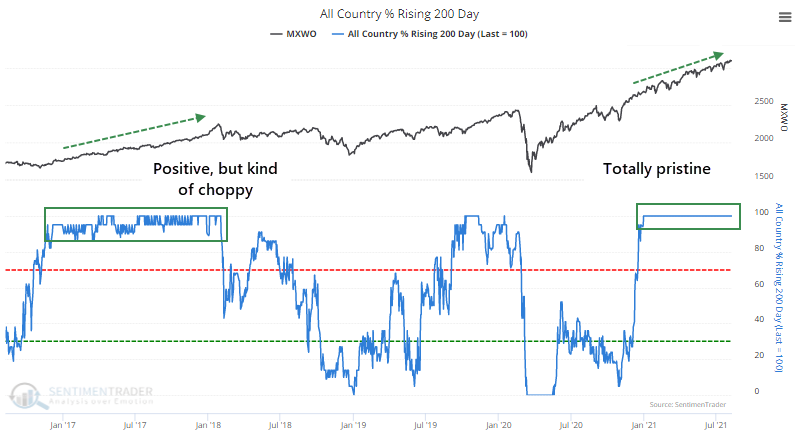 Over the past 50 years of data we have, this is now the 5th-longest streak of uninterrupted global uptrends and is creeping up on the longest in 35 years.

As we've seen with most momentum studies in recent months, there are few precedents.

The general pattern after the few times this occurred is shorter-term weakness but medium- to long-term strength. The MSCI World Index saw one double-digit pause following the 2009-10 recovery. The other three all saw consistent and impressive gains.

This has been a year like few others, and that has typically meant good things when viewed over a 6-12 month window.

Bond warning. As the S&P 500 reaches record highs day after day, the Cumulative Advance/Decline Line for the high-yield bond market deteriorates and is below its 20-day moving average. 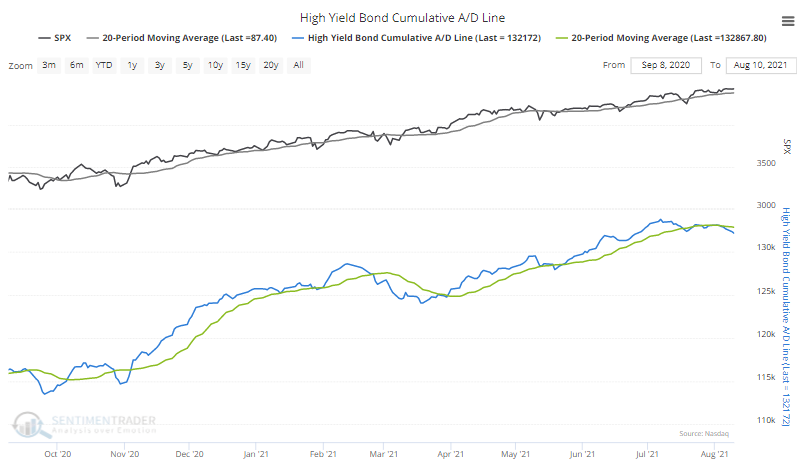 It's spreading. While not as extreme as for high-yield bonds, the A/D Line for securities traded on the NYSE is also having trouble keeping up with the S&P for the first time in over a year. 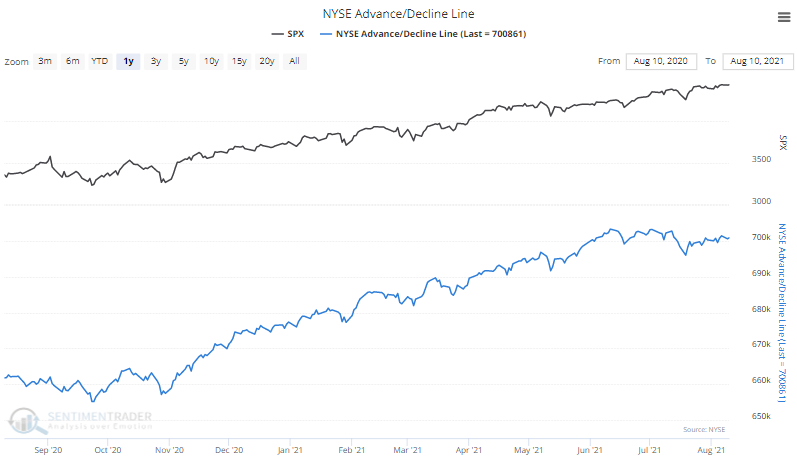 Gaining weight. Jay notes that the ratio of the capitalization-weighted S&P 500 to the equal-weighted version is close to crossing above its 13-month exponential moving average. This has important implications for future returns. 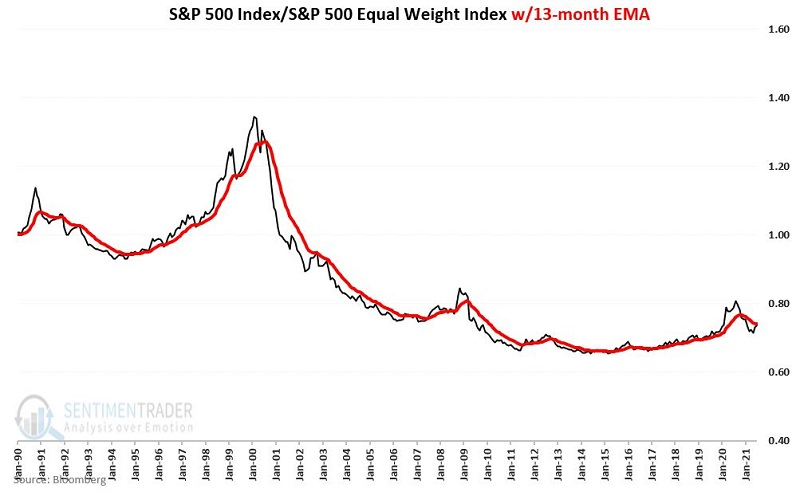 The post titled This is the 2nd Best Streak of Global Trends in 35 Years was originally published as on SentimenTrader.com on 2021-08-12.