It's gotten terribly expensive to power the world.

Natural gas is an increasingly important source of energy for developed markets. According to the EIA, natural gas accounted for 40% of U.S. electricity generation in 2020. 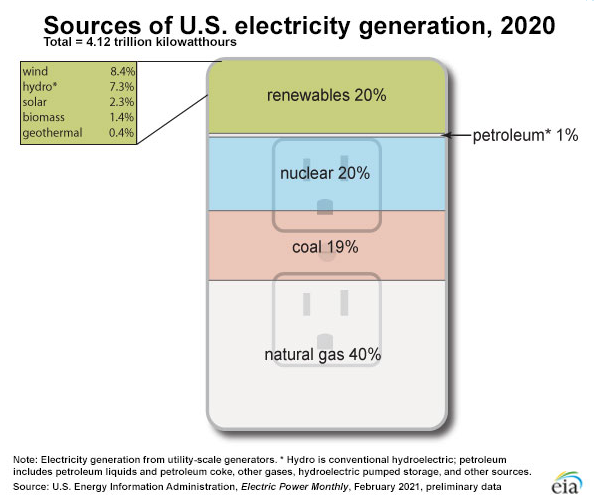 And it has gotten a whole lot pricier. Since the low in June 2020, the continuous front-month natural gas futures contract has risen by 268%, rising by over 38% in just the past month.

So, what should we expect from here if we use history to guide our future outlook for gas prices?

Dean noted that the natural gas one-year futures spread as a percent of the first contract price is an excellent indicator to assess a dislocation in the futures curve. Historically, a high spread identifies significant peaks in the commodity. In contrast, the commodity tends to form a substantial bottom when the spread falls to a low level.

With the spread increasing above 29% last week, it has moved to one of its most extreme positions in 30 years. 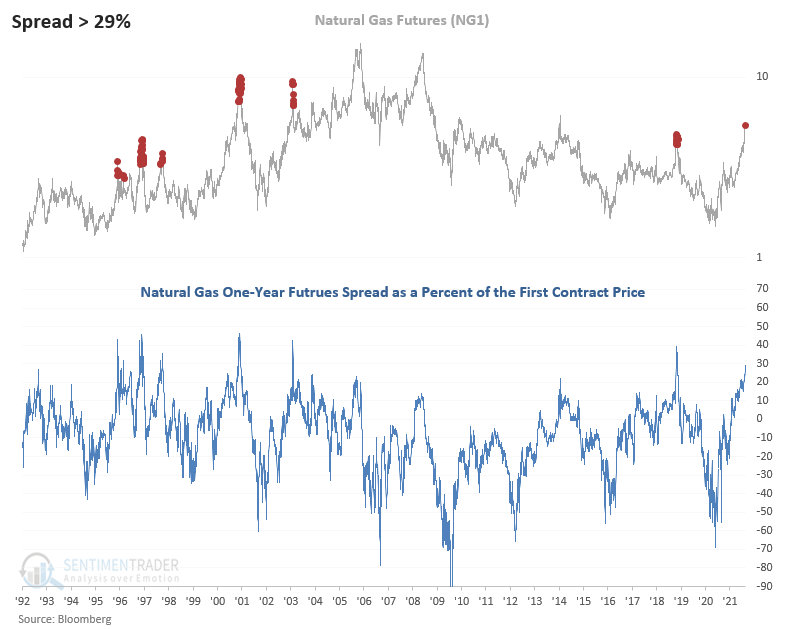 After the other signals, results were a coin toss in the short term with some substantial gains. Once you get past that timeframe, watch out below.

Powering down. After a stellar August, utility stocks have pulled back, and the Optimism Index for the XLU fund has plunged below 10%. It's now at one of the lowest levels of the past year. 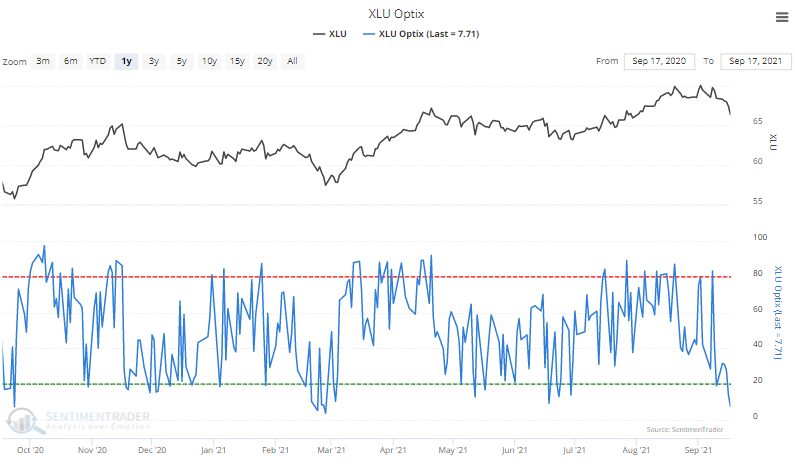 In-correct. After a brief respite during the spring, 100% of gold mining stocks are back in correction territory, trading more than 10% below their 52-week highs. 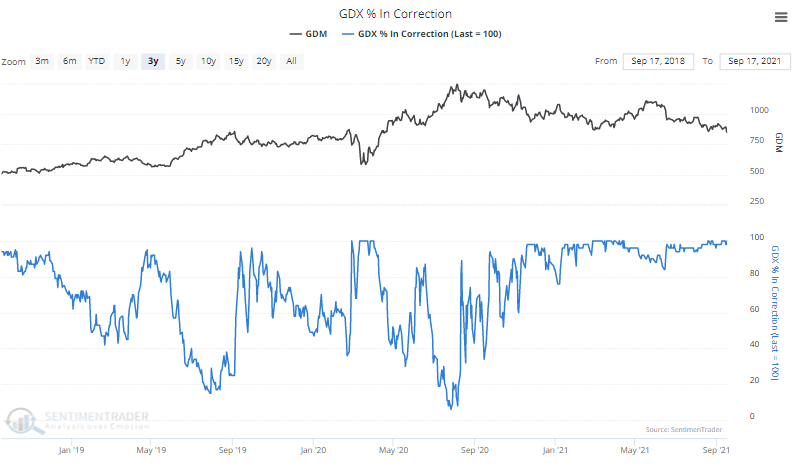 Lotsa lows. Not only are many gold miners in correction territory, more than 15% of them have declined to 52-week lows. Other panics saw this figure jump to 30% or more. We update these figures every day for premium subscribers. 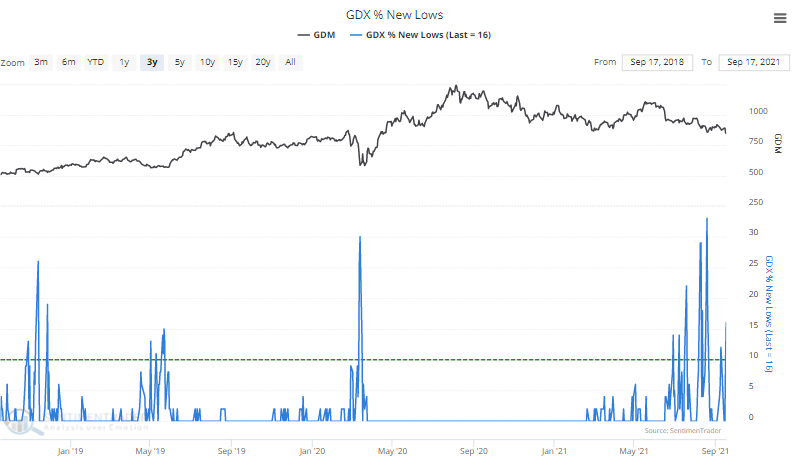 The post titled This Gas Rally is Reaching Historic Proportions was originally published as on SentimenTrader.com on 2021-09-20.