Investors are pushing the valuation of stocks to extreme heights, and not even having to suffer much volatility along the way. That started to change in a minor way over the last 2 sessions, so we'll have to see if it lasts.

One of the ways we've looked at a shorthand for sentiment over the years is by comparing the S&P 500's forward price/earnings multiple to the VIX "fear gauge." The higher the ratio, the more investors are getting away with pushing valuations higher without much of a consequence.

A 10-day average of the spread between those two factors just reached its highest level in a year. 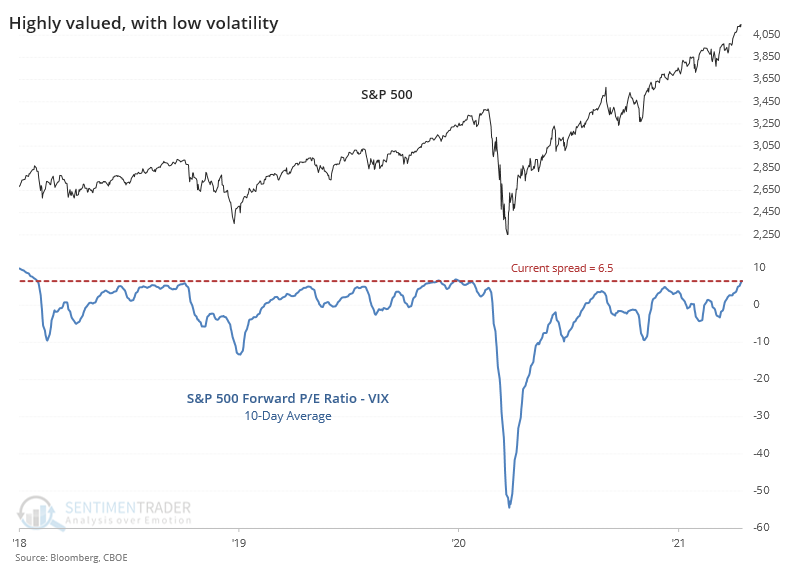 This has now been added as a premium chart for daily updates and backtesting for users.

The post titled This combination of valuation + volatility has only been seen a few other times was originally published as on SentimenTrader.com on 2021-04-21.