This Classic Indicator Hasn't Made a New High for 2 Months

In decades past, it used to be easy to feel like we had a grasp on what breadth was doing under the major market indexes. Simply ask whether the NYSE Cumulative Advance/Decline Line was hitting new highs or not.

If it was, along with the Dow Industrials or S&P 500, then everything was kosher. If not, well, then there could be trouble.

A while back, analysts started getting more sophisticated and rolled out a version of the A/D Line that only included common stocks, believing that divergences would be more useful (they're not). In recent years, computing power has expanded and access to data is unlike any period in history, so there are a bewildering number of choices to determine what "breadth" means.

If we stick to the old school and simply look at the NYSE A/D Line, then things don't look too bad. It's hanging in there along with the major indexes. About the only potential negative is that it hasn't reached a new high for a couple of months. The S&P 500, meanwhile, has closed at a new high 18 times. 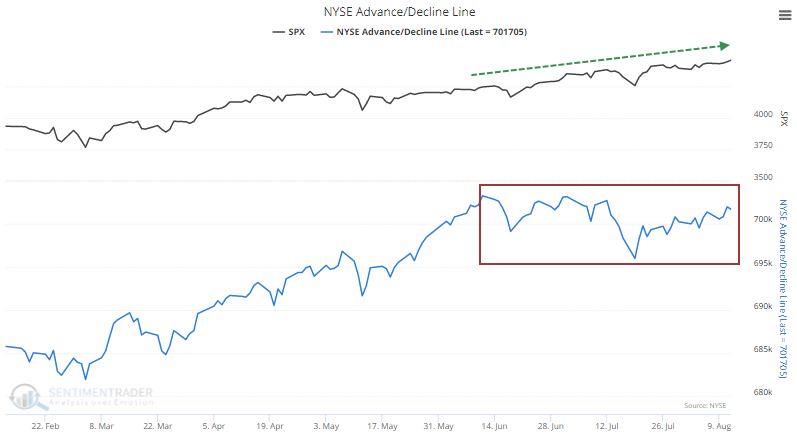 When we look at two-month windows (42 trading days) and tabulate how many 52-week highs the S&P 500 scored without any concurrent new highs in the A/D Line, this is the widest divergence in 25 years.

The last time the S&P scored so many new highs without a new high in the A/D Line was in 1995, which preceded one of the greatest runs in stock market history. It also triggered before a nice rally in 1964 (which ultimately failed). The other precedents, though, were not nearly as kind.

Poor trends. Dean shows that the percentage of Asia Pacific equity indexes with a maximum negative trend relative to the S&P 500 is at such a high level that it has preceded woeful forward returns for an index of those countries. 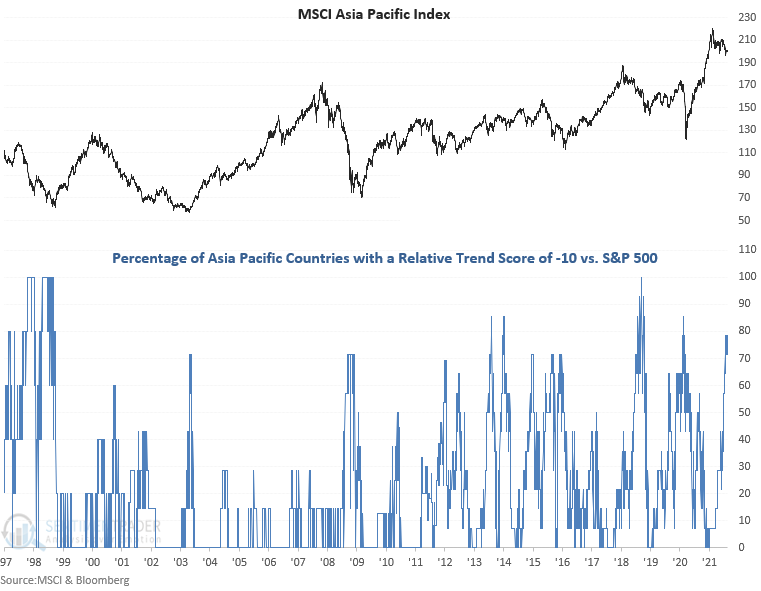 Getting there. A 20-day moving average of the Optimism Index for bitcoin is starting to approach levels that have indicated excess in recent years. 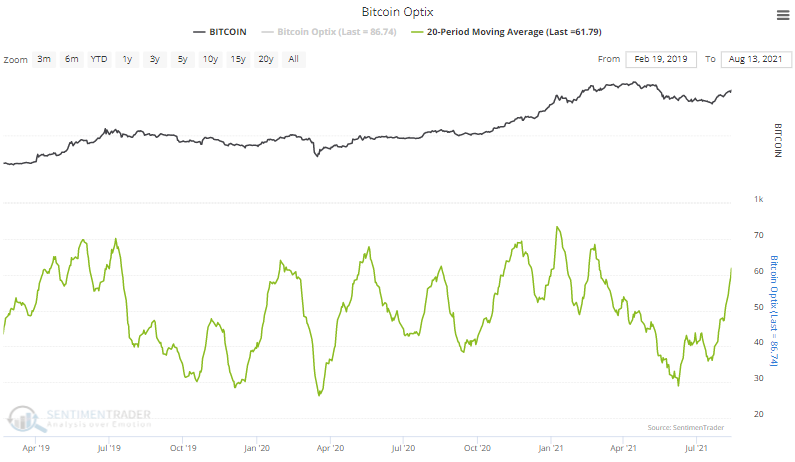 No worries. Investors have been in risk-on mode for the longest stretch of time in more than 20 years. 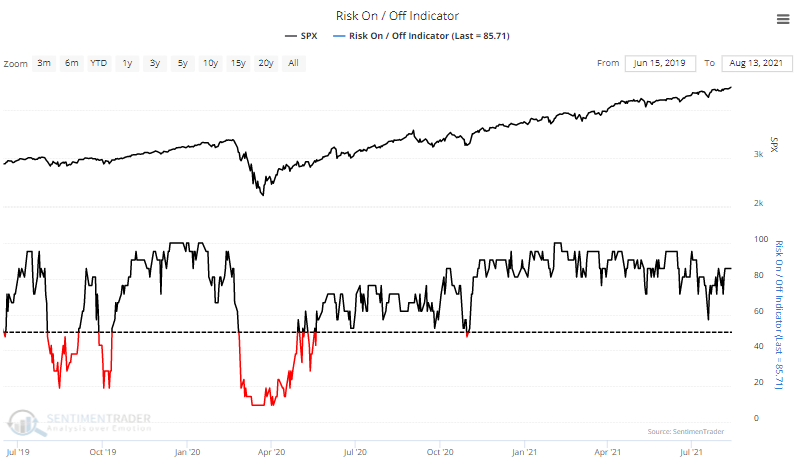 The post titled This Classic Indicator Hasn't Made a New High for 2 Months was originally published as on SentimenTrader.com on 2021-08-17.