This year has behaved like few in market history.

Last month, we showed that through the first half of the year, 2021 has been one of the most consistent and persistent rallies ever. It's done nothing but continue. 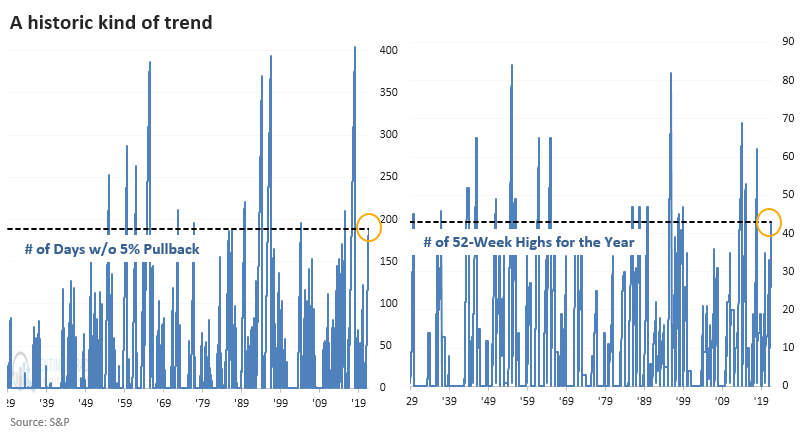 Looking at them separately, after other times the S&P managed to go 189 sessions without being more than 5% from its high, it suffered some poor short-term returns. We've seen this kind of result with many other momentum studies so far this year, and yet here we are sitting at an all-time high, so there's that.

The S&P has also scored 43 days which closed at a 52-week high before November. Again, not a lot of consistency among forward returns after similar setups.

When we combine the two studies, this year has only a handful of precedents. Shorter-term returns were tepid, but the next few months were good, except for 1989 as we headed into the 1990 recession.

Silver shudden. The Optimism Index (Optix) for the SLV silver fund fell below 6%, the 2nd-lowest reading in the past year. Previous major selloffs tended to end when the 5-day average Optix curled up from below 20%. 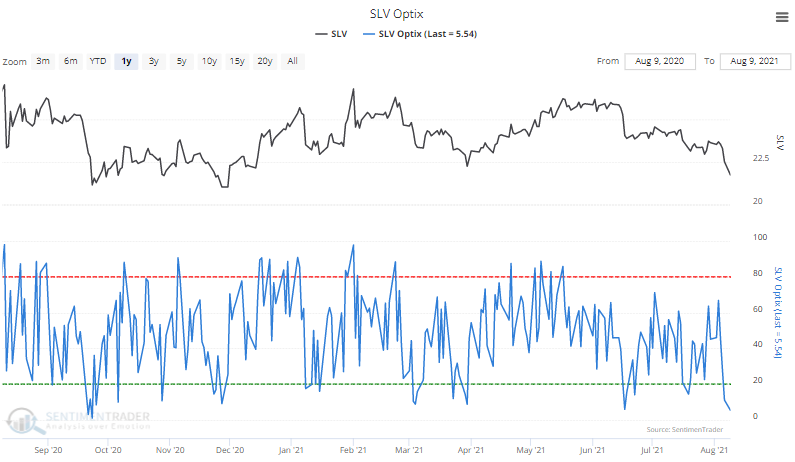 What, me worry? Alfred E. Neuman would be right at home trading VIX "fear gauge" options. The futures curve shows that traders are pricing in little worry of an imminent pullback in stocks relative to potential volatility later in the year. 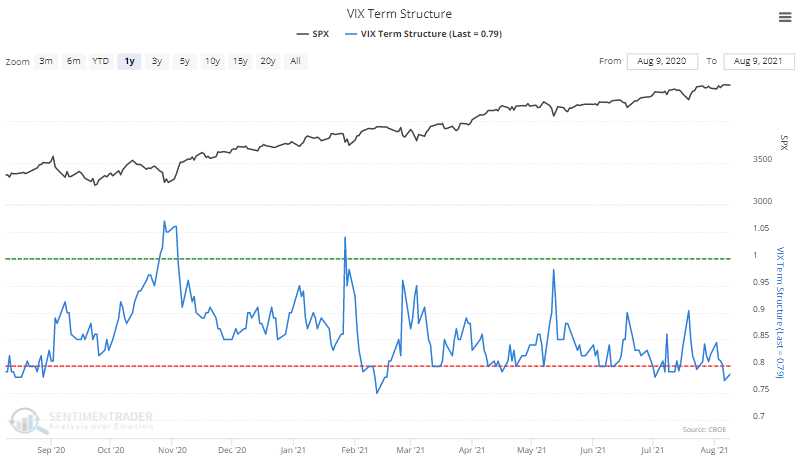 Corporate confidence. Traders have poured more than $280 million per day into the LQD corporate bond fund over the past week, the 2nd-highest amount of the past year. 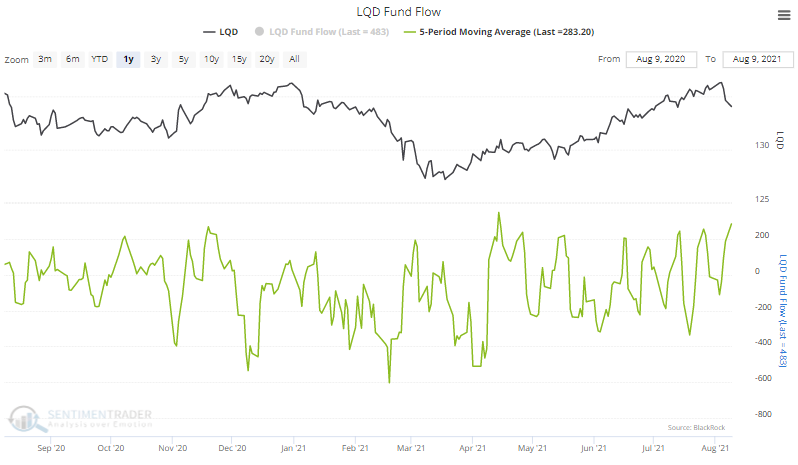 The post titled These 2 Measures Show Almost Unmatched Momentum was originally published as on SentimenTrader.com on 2021-08-10.