The troops are leading the general

For the first time in a month, there have been enough stocks in the S&P 500 rallying versus declining to push its Cumulative Advance/Decline Line to a 52-week (and all-time) high. 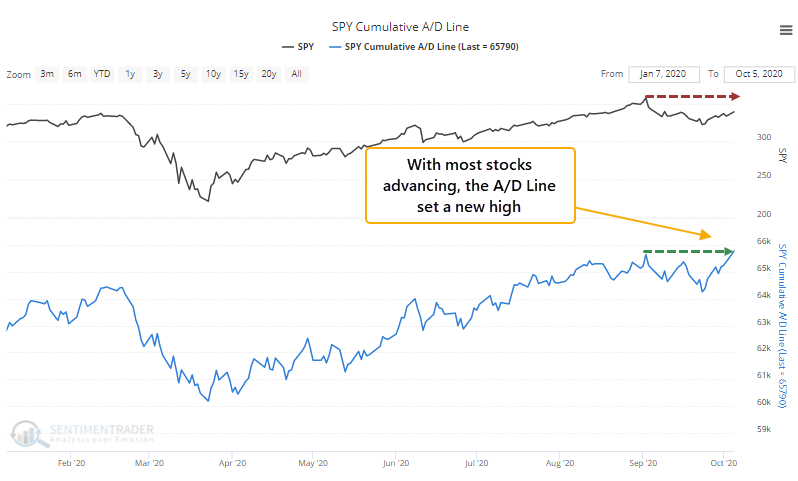 This may be notable because the S&P 500 itself was dragged lower by some of the big tech stocks that had the air let out of them in September. It's a case where the troops are leading the general.

This is supposed to be wildly bullish. To check, we looked for every time when the S&P's A/D Line made a 52-week high for the first time in at least a month, while the S&P 500 itself was more than 2.5% below its own high.

This was not a signal to put all spare cash to work and rush into a leveraged long position. Several of these signals saw medium-term choppiness, but looking at the Risk/Reward table, only 3 of the 14 signals saw a loss of more than -5% at any point within the next 3 months.

The post titled The troops are leading the general was originally published as on SentimenTrader.com on 2020-10-07.