The top 5 have set a new record

Thanks to the big tech stocks that we're all so familiar with, the most important equity index in the world has become historically top-heavy.

Over the past year, these top 5 stocks have accumulated an additional 5% of market cap relative to the other ~500 stocks in the index, exceeding their rate of growth in 2000. 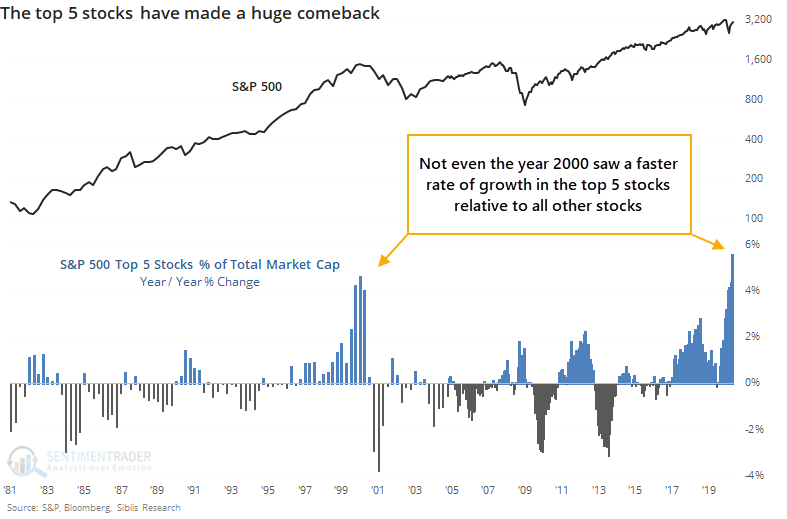 Because the large stocks are dominating the index so much right now, the index itself can show a gain even when most of its stocks are declining. That's what happened on Monday, and to a historic degree. Never before in 30 years has the S&P risen so much on a day when so many more of its component stocks declined rather than advanced. It wasn't just the S&P. Across the entire NYSE, more securities declined than advanced, and more volume flowed into those declining issues.

We tend to not put a lot of weight on single-day breadth readings. Sometimes a single stock can heavily skew volume figures, or some weird news event can trigger an odd reading. It's more worrying when these oddities pile up.

The post titled The top 5 have set a new record was originally published as on SentimenTrader.com on 2020-07-22.