The S&P hit a high, but most of its stocks are in downtrends

Since markets bottomed last fall, a lot of stocks (and bonds) were rising, and the buying pressure was impressive. That kind of activity tends to lead to longer-term gains.

Shorter-term is a different matter, but even that has led to only inconsistent losses. The biggest issues have come when underlying momentum wanes and we see cracks under the surface.

Relatively few stocks have been rising on days the S&P 500 shows a gain. That difference between advancing and declining stocks has been negative enough that the McClellan Oscillator for the S&P 500 is well below zero. 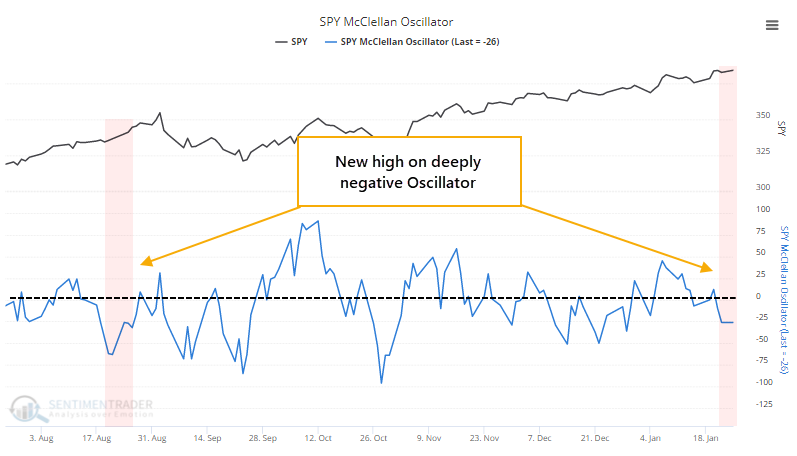 It's unusual to see the Oscillator below zero, and especially well below zero, when the index itself closes at a 52-week high. The only time in recent years that it triggered was last August.

When investors become scared, they tend to sell everything at the same time. When they're comfortable, they buy and sell based on the individual merits of stocks. As stocks rise, correlations among them drop. Like now. Source: Bloomberg 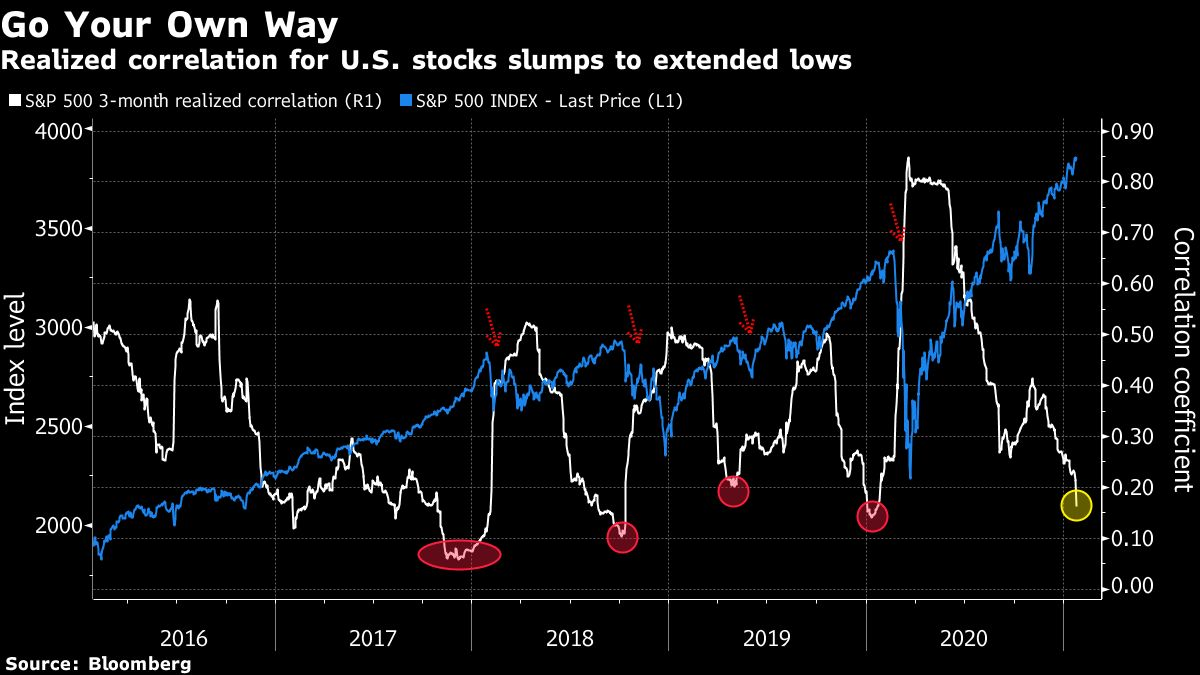 The year 2020 was a good one for gold prices, and true to their nature, investors poured in, hoping for more gains. Inflows to gold ETFs soared to a record high last year. Source: Visual Capitalist 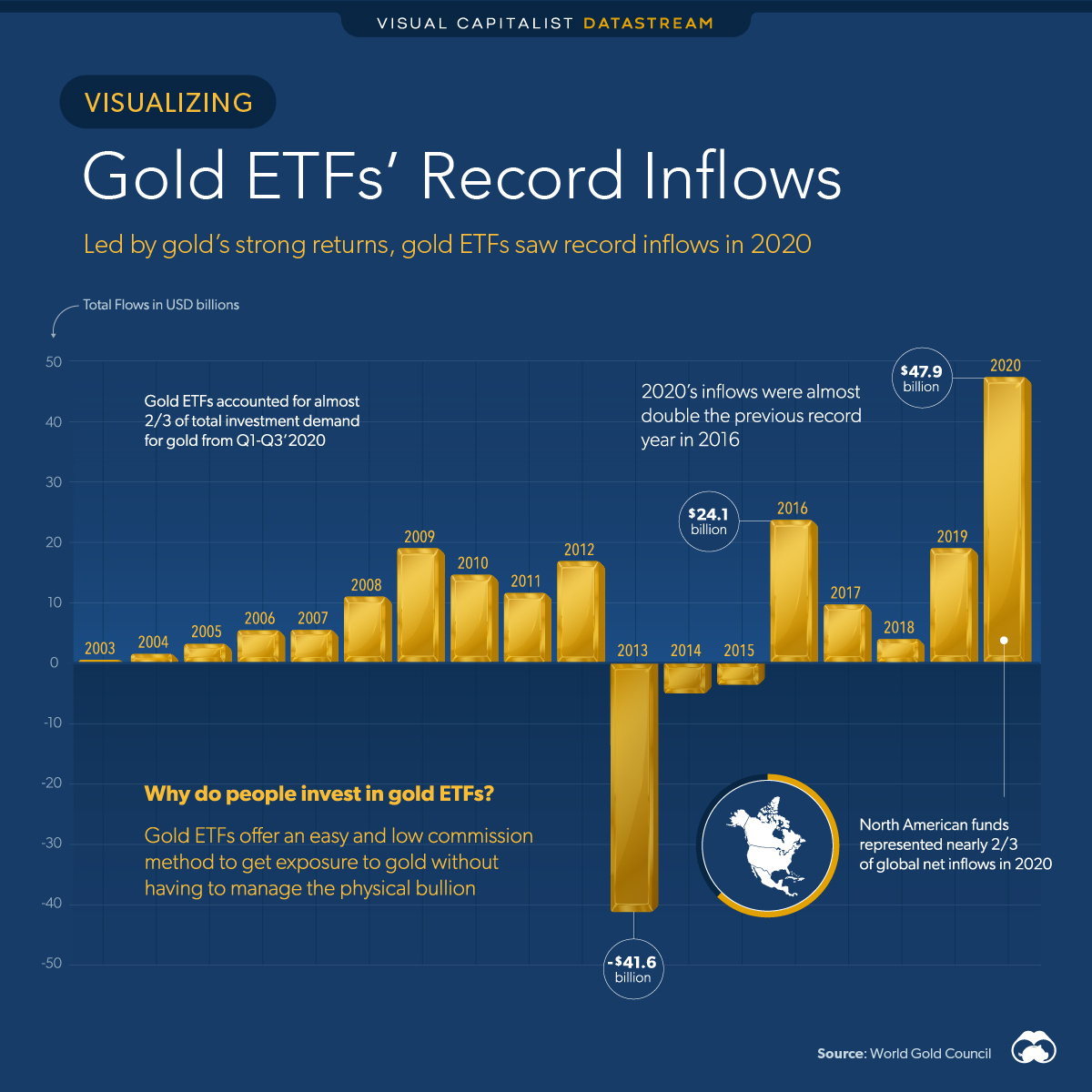 GameStop isn't the only YOLO stock. A handful of others, popular with short-sellers and their retail-trading nemeses, have skyrocketed on huge volume and volatility in recent days. Source: Wall Street Journal 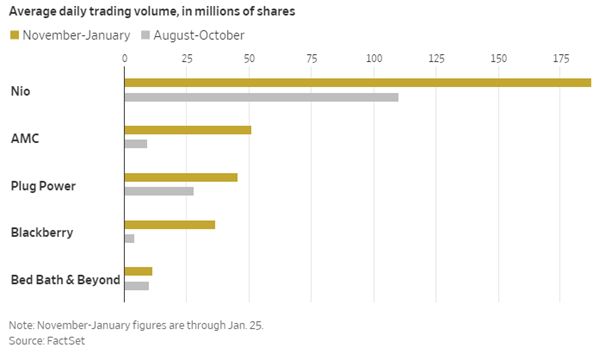 The post titled The S&P hit a high, but most of its stocks are in downtrends was originally published as on SentimenTrader.com on 2021-01-27.