The S&P 500 is becoming uncorrelated with its own members

The correlation between the S&P 500 index that everyone watches and its equal-weighted cousin have broken down. The two versions of the same index are moving less together than at almost any point in the past 30 years, due to the by now well-documented dominance of the very large tech stocks, and otherwise poor breadth.

The index is even becoming uncorrelated with itself. Isabelnet notes that the correlation between the S&P 500 and its own Cumulative Advance/Decline Line is breaking down.

This is nearing the smallest-ever correlation between the index and...itself. The only other time this happened was 1999-2000. 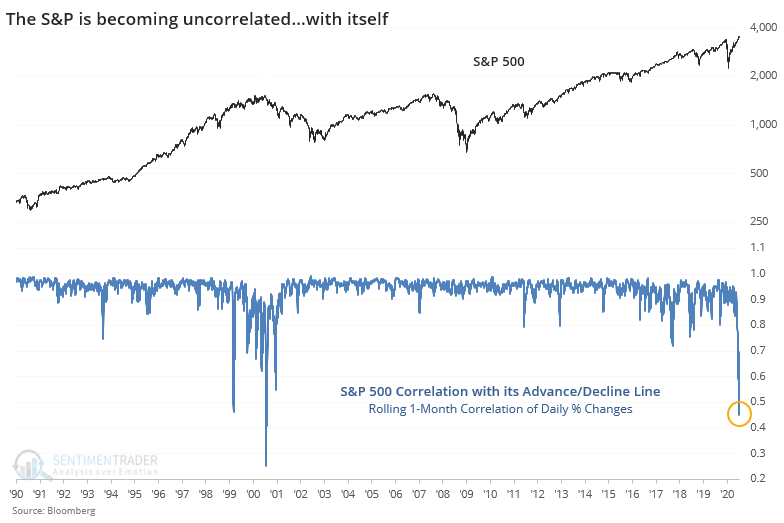 This kind of split in the market has also caused a drop in the correlation between value and growth stocks. Going back to 1928, the two factors have never moved quite like this. Over the past month, the two actually have a negative correlation, a stunning historical anomaly.

The post titled The S&P 500 is becoming uncorrelated with its own members was originally published as on SentimenTrader.com on 2020-09-03.