The smart money hasn't done this since March

One of the inputs causing our sentiment models to become extremely positive in March, and then stay elevated into May, was the behavior of speculators in the major equity index futures contracts. They shorted heavily and remained short through much of this rally.

Commercial hedgers take the opposite sides of large and small speculators, so hedgers were curiously net long since March. Over the past decade, in particular, a large net long position by this "smart money" group has invariably been an excellent buy signal.

That changed in a drastic way in the past week. Thanks to a dramatic change in positioning in the Nasdaq 100, hedgers' positions cycled from a large net long position to a large net short one. Over the past couple of years, when their net short neared $40 billion, stocks struggled. 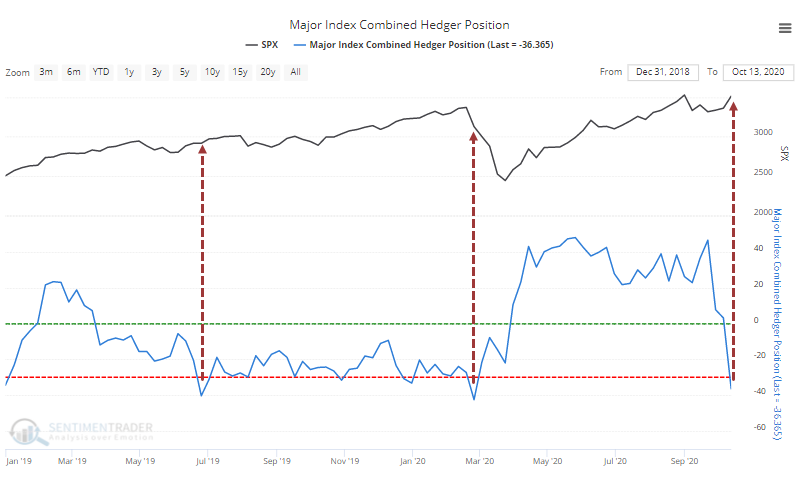 Historically, hedgers have established much larger shorts against stocks than they have now, so the absolute level of their exposure isn't too troubling. But when hedgers have been net long for at least 6 weeks and then flipped to a net short position, stocks have struggled over the short- to medium-term. 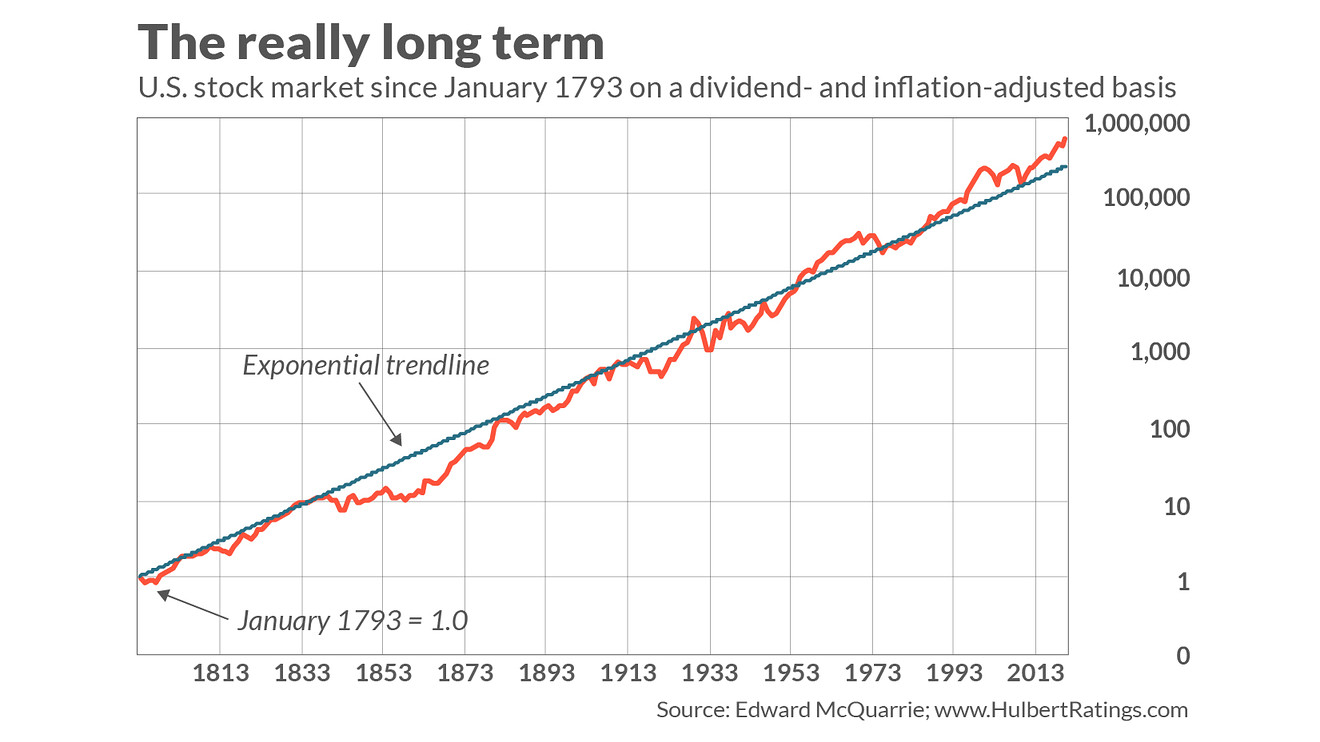 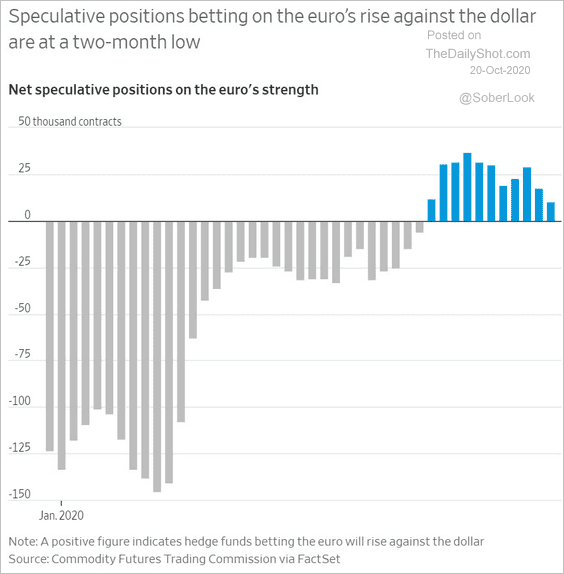 Short sellers have run for the hills - Daily Shot 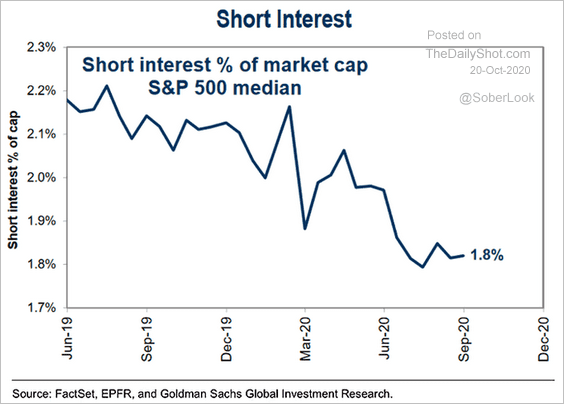 The post titled The smart money hasn't done this since March was originally published as on SentimenTrader.com on 2020-10-20.