The Recession Is Officially Over (But Don't Tell Growth Stocks)

The recession is over, and we can all breathe easier now.

According to the National Bureau of Economic Research (NBER), the "official" arbiter of U.S. business cycles, the economy pulled out of recession last April, ending the shortest recession on record. 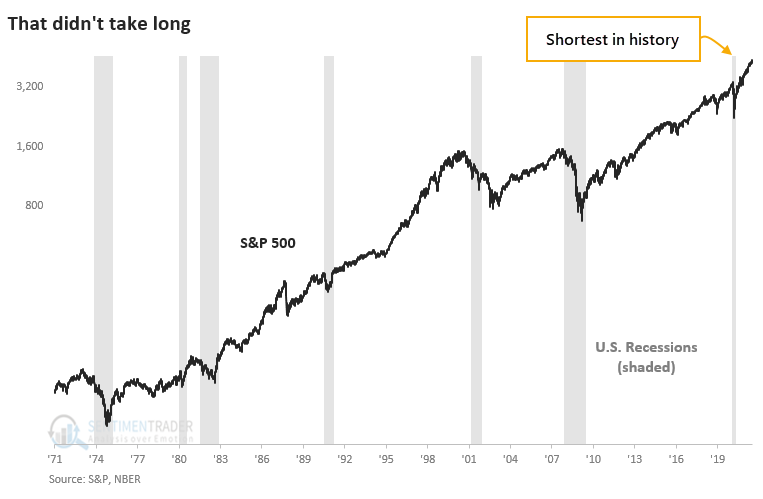 The only problem is that it would have been nice to know this a year ago. Because of data lags and the requirements for determining business cycles, that's not possible, so we have to deal with things well after the fact.

To see if there is any potential use in becoming more optimistic once a recession is officially declared to be over, we looked at how the S&P 500 performed following a publicly declared end to a recession by the NBER.

In the very short-term of a couple of weeks, the S&P dropped after each of the last five declarations. The weakness didn't last long, though it still underperformed a random return up to a year later. Only over the next 2-3 years did it show above-average performance, with low risk and high reward.

The U.S. dollar showed mixed returns. Gold was basically the inverse, with declines in the 1980s as the dollar rallied and gains after the last two as the dollar fell. The yield on 10-year Treasuries rose four out of five times.

Returns in sectors and factors showed that Energy and Value stocks showed some of the best returns while Growth stocks...did not.

In the hole. Hedge Fund Exposure to bonds has dropped to its lowest point since February of 2020 even as 10-year Treasury futures have rallied in recent weeks. 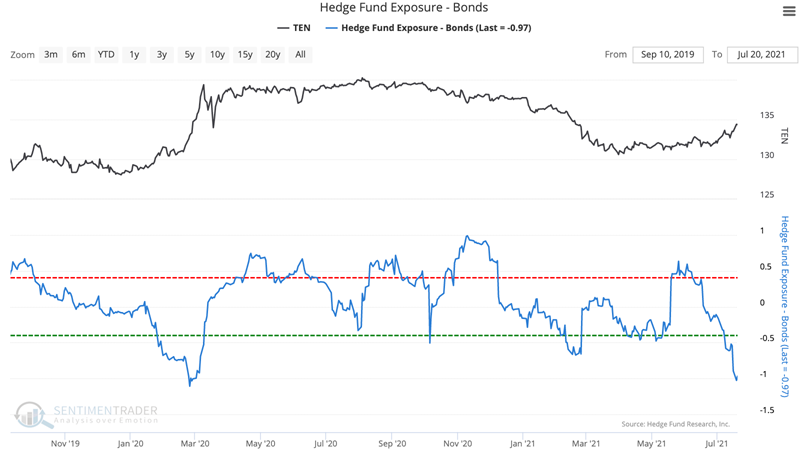 Silver slump. Silver seasonality typically rebounds following the end of June into August but it hasn't been following the pattern very closely lately. 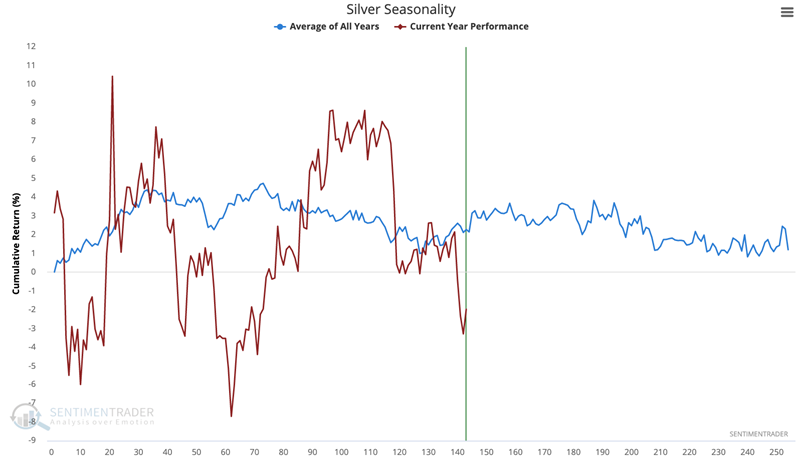 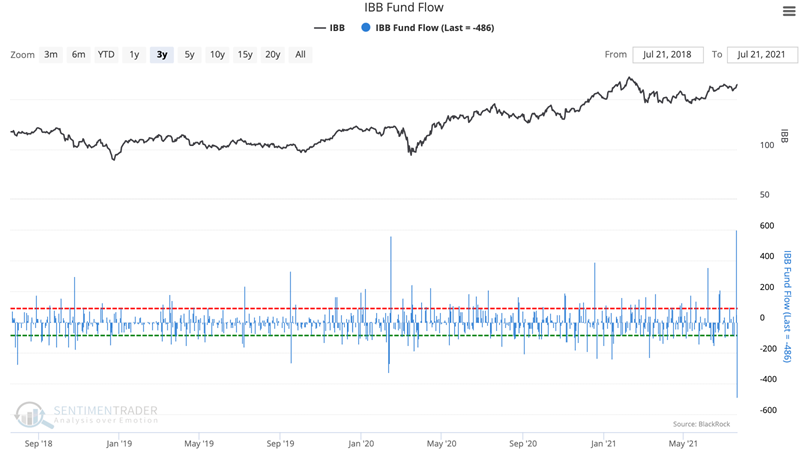 The post titled The Recession Is Officially Over (But Don't Tell Growth Stocks) was originally published as on SentimenTrader.com on 2021-07-23.