The Probability of a New Bear Market is Rising

The probability of a new bear market is rising.

Now that data from May have been finalized, the Bear Market Probability model has risen to its highest level since January 2020. 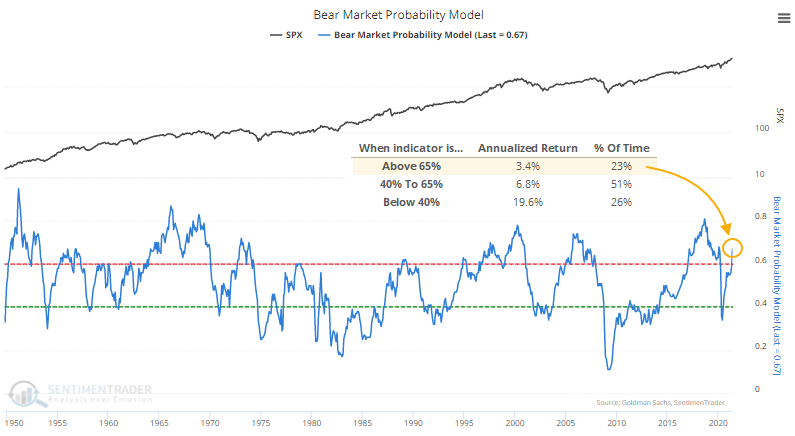 When the model is above this threshold, the S&P 500 has returned an annualized +3.4%. That's not disastrous, but it's well below average and only a sixth of the return when the probability is below 40%.

Bear Market Probability is our version of a model outlined by Goldman Sachs using five fundamental inputs. Each month's reading is ranked versus all other historical readings and assigned a score. The higher the score, the higher the probability of a bear market in the months ahead.

When we looked at this last March, we saw that it would plunge below 40%. While it was way too early in 2008, the other signals all preceded gains, and it added another win over the past year.

The past year is the fastest that Bear Market Probability has cycled from one extreme to the other.

WHAT ELSE WE'RE DISCUSSING 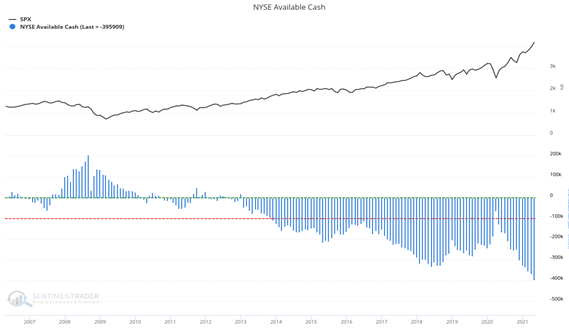 Available cash among brokerage accounts monitored by the NYSE is below $400 million for the first time in history. This subtracts free credits (cash) from margin debt. 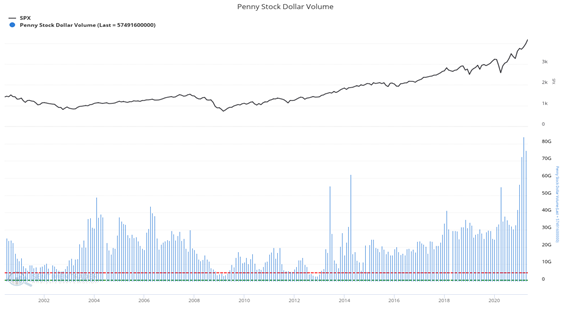 Penny stock shares and transactions reached their highest volume since mid-2006 last in February, then subsequently dropped 40%. Dollar volumes also pushed to their highest point in a decade, afterward losing 26 billion over the course of two months. It picked up a bit in May but remained well below peak. 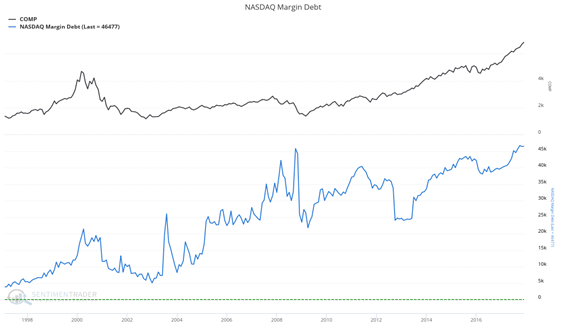 NASDAQ margin debt recently peaked at $46 billion, surpassing its previous high set in the fall of 2008. Investors are borrowing heavily in the U.S. (and elsewhere).

The post titled The Probability of a New Bear Market is Rising was originally published as on SentimenTrader.com on 2021-06-08.