The Nasdaq's momentum bubble is getting pricked

Last week, we looked at other times the Nasdaq Composite formed major peaks. The index tended to go pretty much straight up into the peak then straight down afterward. There wasn't a lot of back-and-forth choppiness.

That's a bit of concern now because that's exactly what the index is doing, and it has set a new 10-day low which ended a couple of its other massive runs.

It has also finally dropped below its 50-day moving average for the first time in more than 90 days, ending one of the longer streaks since its 1971 inception. 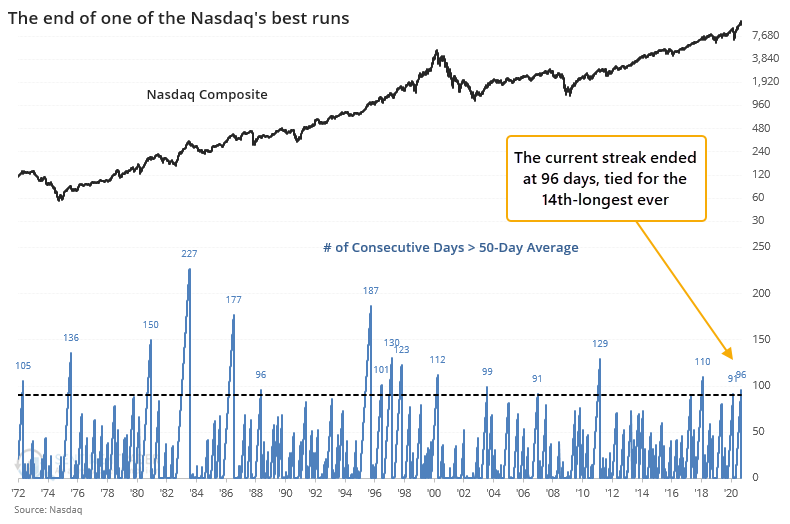 The ends of other long streaks tended to lead to more short-term downside follow-through.

There are other signs of waning momentum, like falling into correction territory in the fastest amount of time in history, and poor underlying breadth among stocks traded on that index.

The post titled The Nasdaq's momentum bubble is getting pricked was originally published as on SentimenTrader.com on 2020-09-10.