Leave it to this market to be as perverse as possible.

Just days after it became apparent that underlying momentum in the Nasdaq wasn't just deteriorating but was turning negative, it has one of the most broadly positive days in months with more than 85% of volume on the exchange flowing into advancing stocks.

Remarkably, it had been more than 100 days since more than 85% of any day's volume flowed into advancing stocks. 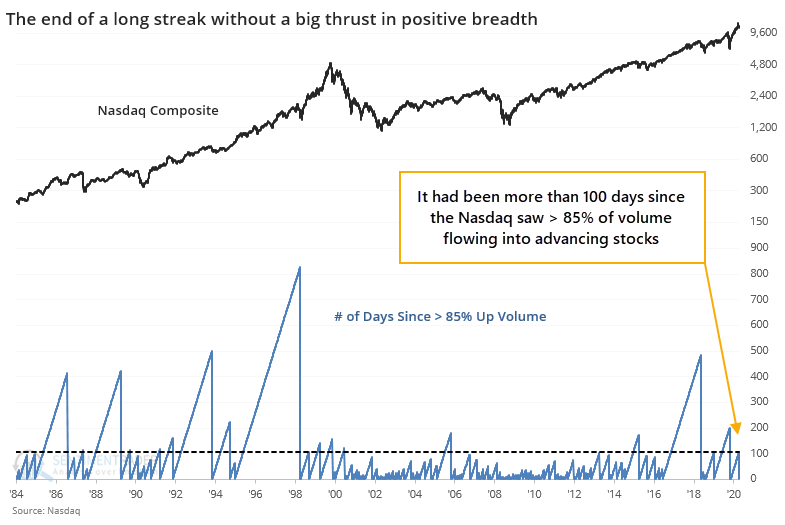 The worry over the past couple of months has been that breadth was turning questionable, with a huge number of extremely odd readings, and those have historically not turned out well. Combined with signs of astounding speculation and a neutral-at-best market environment, the risk/reward outlook was poor. If we start to see continued thrusts in some of these breadth figures, it would offset a lot of those oddities from August and make the idea of sustained gains more palatable.

The post titled The Nasdaq finally sees a big positive breadth thrust was originally published as on SentimenTrader.com on 2020-09-16.