The most important index in the world set a new high...along with only 1 sector

The S&P 500 finally did what it's been trying to do for days now, and crept to a new high.

This ended its shortest bear market in history. Using the completely arbitrary definition of a 20% decline from a multi-year high, it has taken the index only 110 days to cycle to a fresh high. That's several months faster than the other fastest recoveries in 1967 and 1982.

This is its first new all-time high in months, but the S&P's sectors are struggling somewhat to keep up. Only one of them, Consumer Discretionary, managed to close at an all-time high on Tuesday. 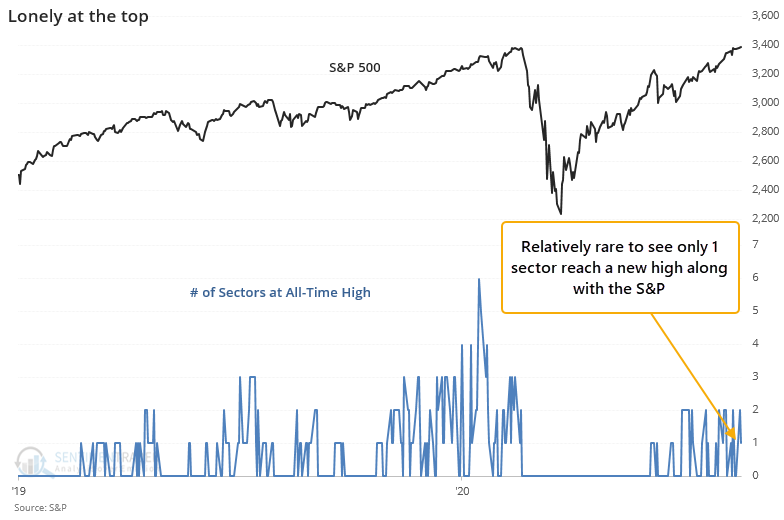 When the S&P reaches its first new high in months with only 1 or 2 sectors following suit, its future returns were mediocre with only one exception (1995).

We've seen a lot of these oddities over the last few weeks, and yet here we are talking about new all-time highs in the major indexes. Clearly, "odd" hasn't mattered so far.

The post titled The most important index in the world set a new high...along with only 1 sector was originally published as on SentimenTrader.com on 2020-08-20.