In what almost seems like no time at all, the S&P 500 has recovered above its 200-day moving average. That's quite a feat considering it was more than 25% below its average in March, one of its worst deviations from trend ever. 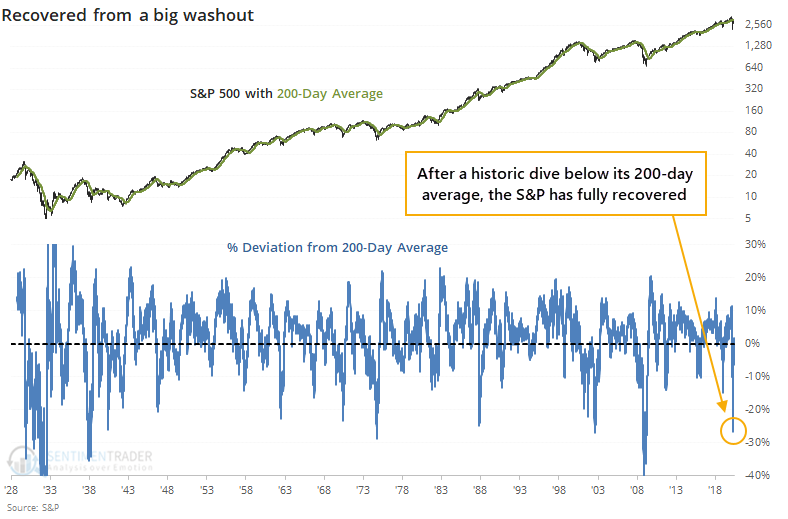 What's truly remarkable is how quickly it's gone. On average, it has taken the S&P more than 200 days to close above its average after falling more than 20% below it. This time, it took a mere 56 sessions. No other instance even comes close.

The post titled The most important index in the world has recovered from a devastating deviation was originally published as on SentimenTrader.com on 2020-05-28.