The Longest Pullback in Almost a Year

Last August, the S&P 500 did what was unthinkable just a few months prior - it broke out to a new all-time high.

Soon after, stocks saw a bit of a blow-off peak and the S&P didn't regain its highs until November. And it hasn't looked back since. The most protracted pullback that investors suffered was 22 days in June. Until now. 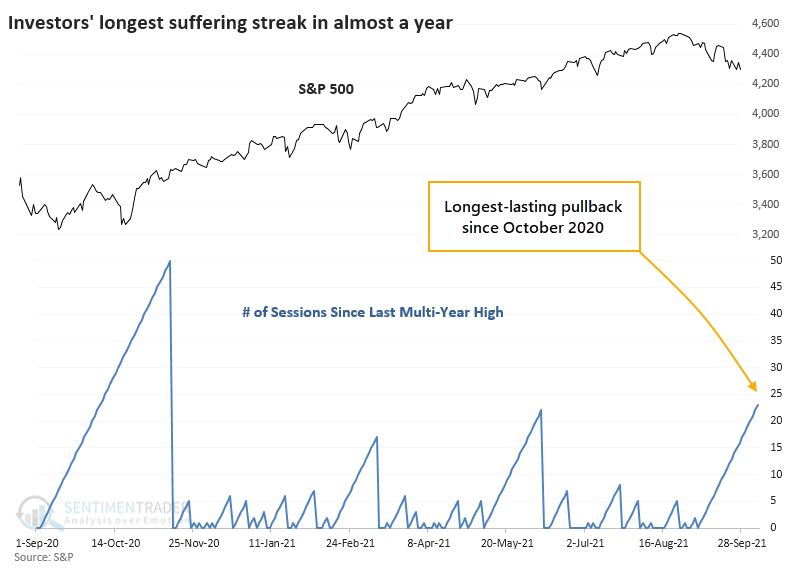 This ends a near-record run with investors not having to suffer more than 22 days without seeing a new multi-year high (not considering bear markets). The only period that exceeded our current run, and that was just barely, ended in February 1955.

For what it's worth, buyers came in immediately after that streak ended, setting a new high the next day, and pushed the S&P 500 higher by a couple of percentage points over the next month. It did suffer some longer pullbacks after that but enjoyed double-digit gains within six months.

That was more the rule than the exception. After other long streaks without a 23-day pullback finally ended, the S&P rebounded during the next three months every time.

Gamma games. Estimated gamma exposure to the S&P 500 is trying to rise from negative territory. This is a measure of how much stock dealers may have to buy or sell based on option flow. When it's low and rises, stocks tend to rally. 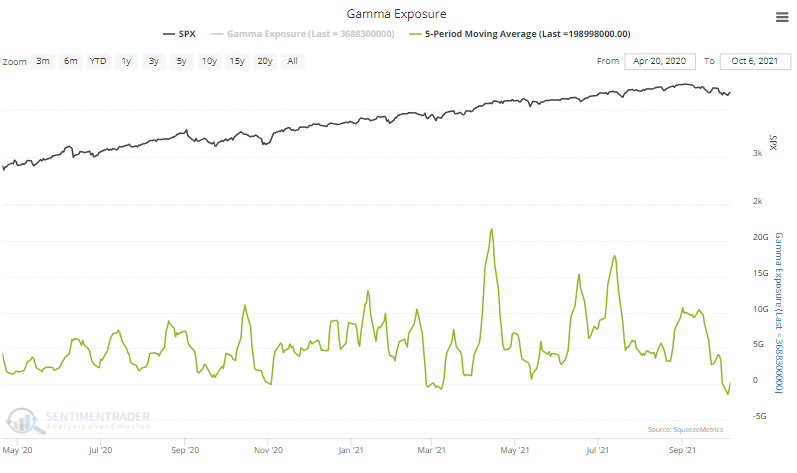 Hard optimism in a soft market. The Optimism Index for cotton just rose to one of the highest levels in its history. The commodity has had a hard time maintaining gains after such enthusiasm. 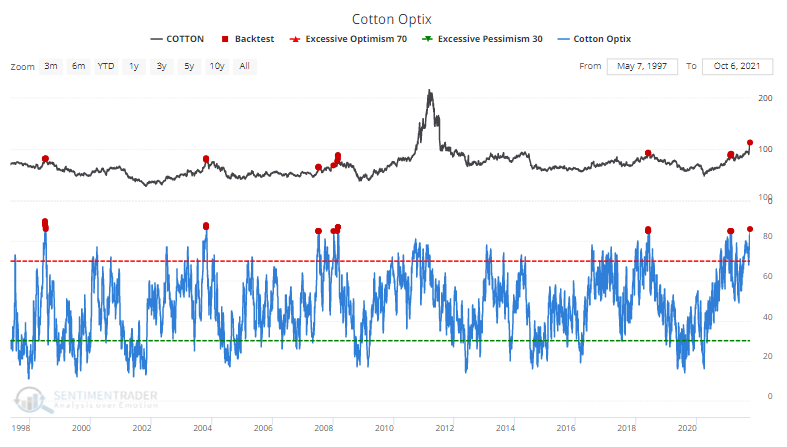 No bull. The percentage of bulls among individual investors in the AAII survey has averaged less than 27% over the past 3 weeks. That's among the lowest readings of the past decade. 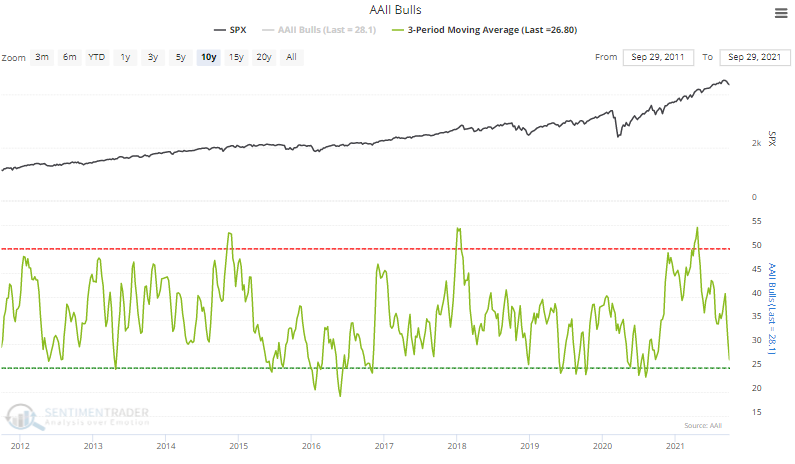 The post titled The Longest Pullback in Almost a Year was originally published as on SentimenTrader.com on 2021-10-08.