The last time stocks did this was in the year 2000

The Nasdaq keeps rallying, the S&P 500 has moved well above its 200-day moving average, and yet relatively few stocks seem to be coming along for the ride.

The S&P itself moved to more than 3% above its 200-day average, and yet less than half of stocks within the index have managed to climb above their own averages. This is a theme across industries, sectors, and world indexes. 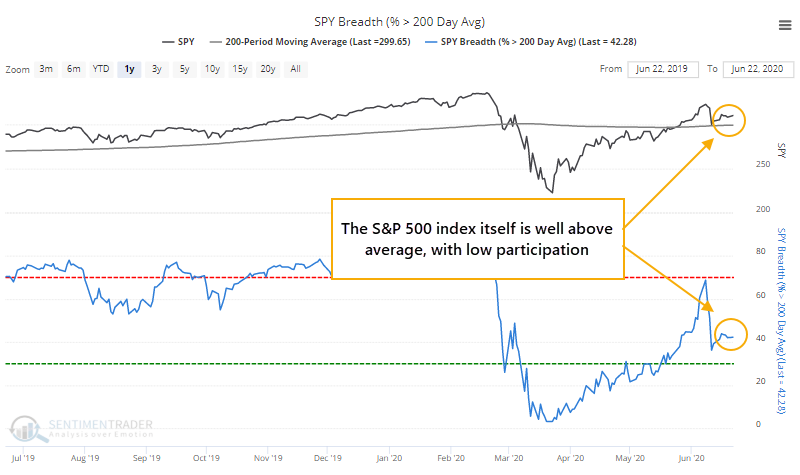 Oddities like this started building in late 2019, and it took months before any potential consequences. Periods of rising index prices and high optimism, during markets where relatively few stocks are in long-term uptrends, have a strong tendency to resolve lower in the weeks-to-months ahead.

The post titled The last time stocks did this was in the year 2000 was originally published as on SentimenTrader.com on 2020-06-24.