Price comparisons are becoming popular again as we've reached the 100-day mark of the rally. More and more analogs are being drawn to 2009 and other major lows - rightly so, in many respects - because the rally has been so persistent, and so large.

An analog, or comparing one period of time to another, tries to answer some simple questions - are the past x number of days more similar to some historical stretches versus others? And if so, what happened after the most similar ones? 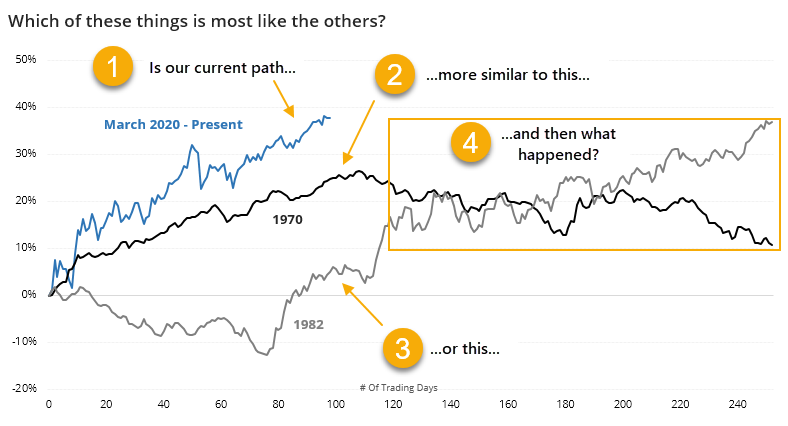 The trouble with analogs is that they can be easily abused. We can find whatever we want to find.

As a guard against that, when we show analogs, we only do so objectively, with clear rules and with all available history. Most of the time, they're useless and don't support whatever cherry-picked example is popular at the moment. Rarely, they can help support other factors, but even then they're a tertiary guide.

The post titled The last 100 days have been just like... was originally published as on SentimenTrader.com on 2020-08-18.