The highflying Nasdaq 100 stocks have become the "safe" ones

On the Nasdaq's march to new highs, a curious thing has happened - they've become the "safe" stocks.

As the Wall Street Journal noted, starting during the pandemic, many stocks that would be considered highflying flipped their usual patterns. As indexes like the S&P 500 rose and fell, these stocks rose or fell less than the S&P or even moved in the opposite direction. 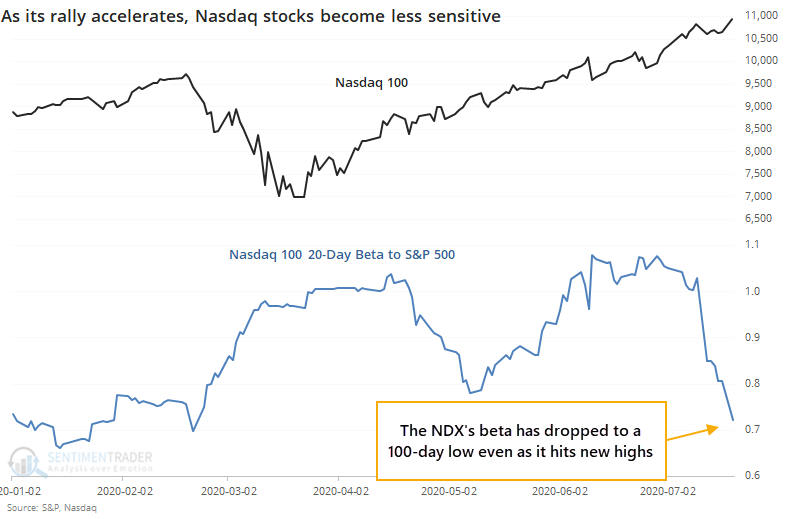 This has been a modest negative for the Nasdaq 100 going forward, with below-average returns and a poor risk/reward ratio, especially up to three months later.

Over the next 1-3 months, the ratio consistently dropped as the S&P outperformed the NDX. There have been other signs in recent weeks that incessant outperformance of these stocks might start to falter, and this is another (minor) one.

The post titled The highflying Nasdaq 100 stocks have become the "safe" ones was originally published as on SentimenTrader.com on 2020-07-23.