Despite extremes in sentiment which started to pop up in November, stocks continued to rally. After the spread between Smart and Dumb Money fell to -50%, the S&P has since enjoyed almost uninterrupted upside. This is the best reaction in 20 years after such extreme sentiment. 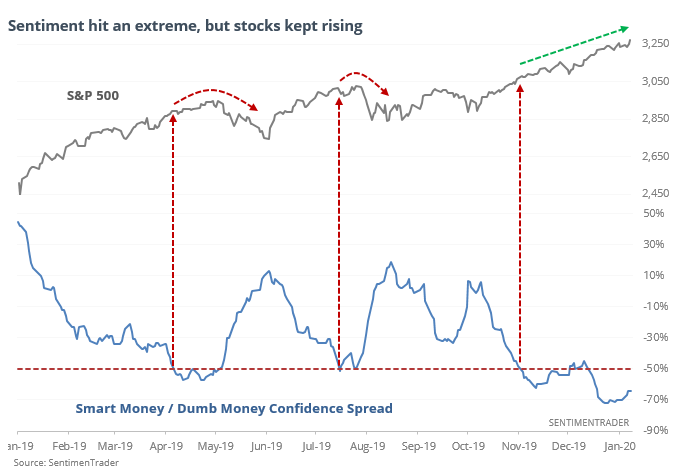 Instead of ignoring failures, we pay special attention to them, because sometimes it tells us something important about what's going on and if the risk/reward skew has changed.

In this case, it doesn't seem to be. There were only four times when such a wide spread failed like this, and each of them saw any further upside erased in the weeks ahead, and with high risk relative to reward up to 3 months later.

Continued Claims in the U.S. has risen to the highest level since April 2018.

This is somewhat worrisome because Initial Claims and Continued Claims tend to trend higher during a recession and bear market. The following table illustrates what happened next to the S&P 500 after Continued Claims increased to a 1 year high: 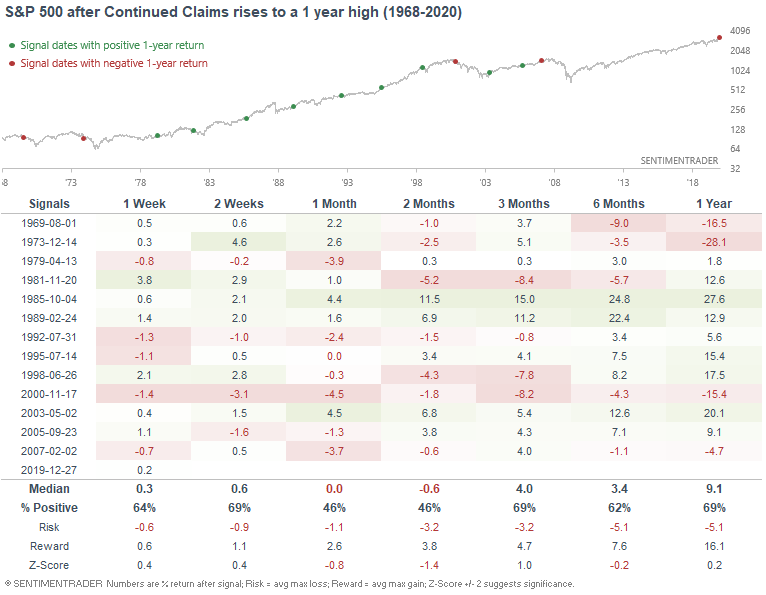 Returns were even worse during late-cycle periods, like when claims were still below several million.

The post titled The "Energizer" Rally Keeps Going Despite Rising Jobless Claims was originally published as on SentimenTrader.com on 2020-01-13.