The "easiest" year ever to make money

Despite the pandemic, recession, and record unemployment, the year 2020 has been the most consistently positive year in history.

Strategist Callie Cox noted that this year has seen only 32 days that were mired in a losing streak, defined as back-to-back losing sessions. On a rolling one-year basis, this is the lowest in history.

If we look at this on a calendar-year basis, then we're currently on trading day #242 of the year. No other year has had so few losing streaks this far into the calendar since 1928. 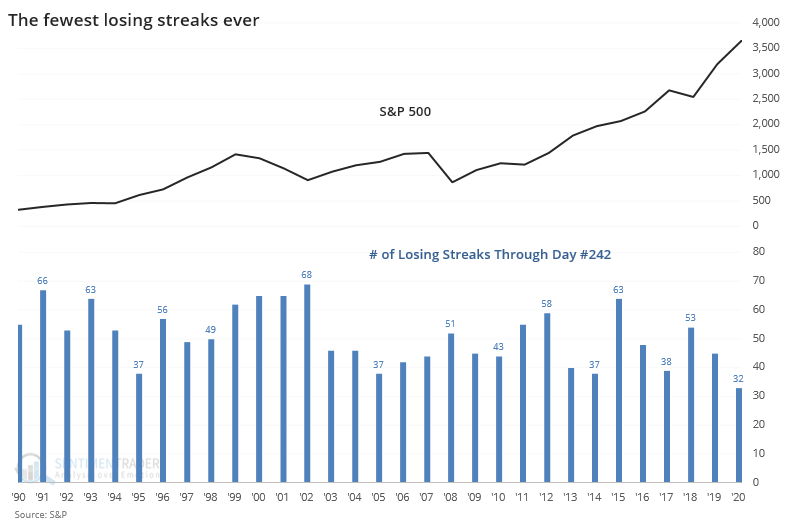 The S&P's next-year return was much higher after years with the most losing streaks than it was after years when there were few of them. That makes sense, as stocks meander from one extreme to the other.

1. Amid all the signs of optimism, one is missing - the smartest money of them all, corporate insiders. The ratio of insider buys to sells is around the lowest levels of the year. [Bloomberg] 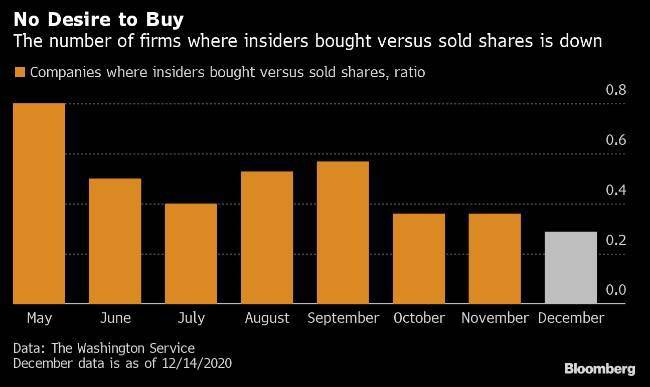 2. Individual investors ask, "Why be bearish when stocks only go up?" The percentage of them saying that they expect prices to fall continues to decline. [AAII via Helene Meisler] 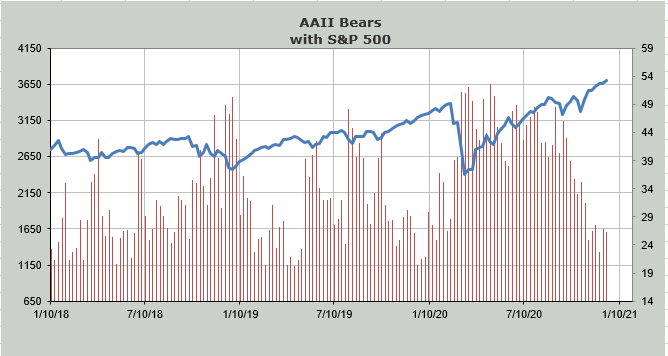 3. Despite what looks like manic trading, social media sentiment on bitcoin hasn't reached the heights that it has at other points during the year. [Augmento]

The post titled The "easiest" year ever to make money was originally published as on SentimenTrader.com on 2020-12-17.