The Curious Case Of Ebbing Momentum 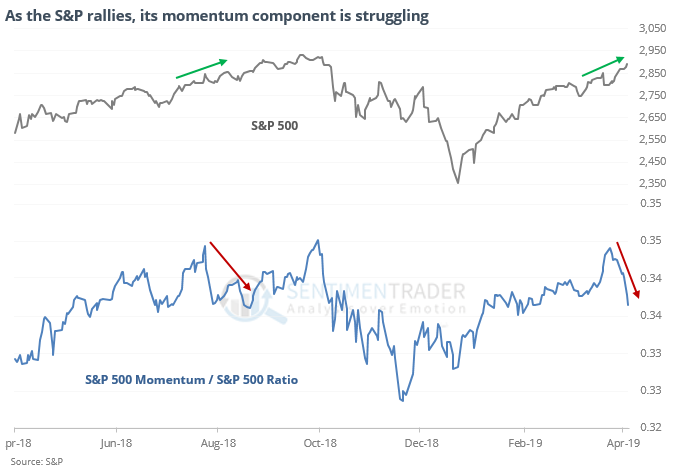 This divergence is like what happened last August. Longer-term, failing momentum wasn’t a consistent negative, but three of the last four signals did lead to a decline in stocks.

Some momentum stocks might be faltering, but the price behavior of the major indexes has been pristine. The most benchmarked index in the world has now gone 70 days from its low, and based on similar rallies, it’s due to hit a new high any day now.

It’s also been a good sign when the index has suffered so few 1% down days, and so many gaps up at the opening of trading.

The 3-Year Min/Max Screen shows a few new extremes this week, with hedgers establishing multi-year extreme shorts in cattle, 5-year Treasuries, and hogs. In most other contracts, they made only minor adjustments, including in stock index futures.

The MSCI Mexico Index closed above its 200-days for the first time in six months on Friday. Other times it went this long before ending a downtrend, it added to gains over the next month 5 out of 6 times averaging 4.6% (the sole loser was -0.7%).

The post titled The Curious Case Of Ebbing Momentum was originally published as on SentimenTrader.com on 2019-04-08.