The calendar is arguing for a dollar breakout

The U.S. dollar is at a make-or-break juncture. And now is the perfect time for it to decide.

The chart below shows a daily chart for UUP (Invesco DB U.S. Dollar Index Bullish Fund) since June 2021. This ETF - which tracks U.S. Dollar futures - has been in a steady uptrend. 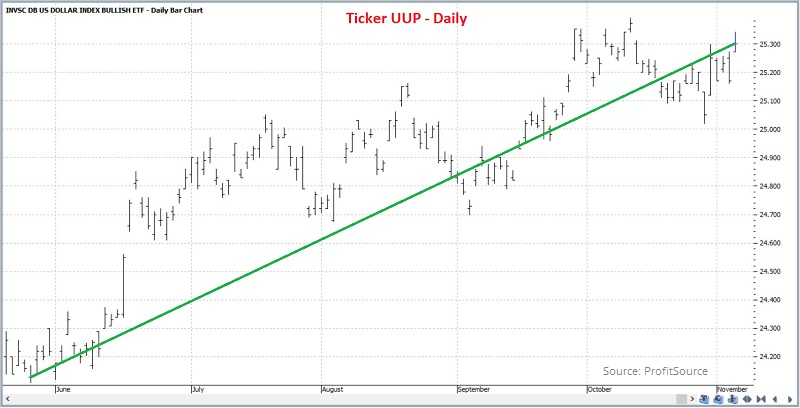 However, if we step back and look at a monthly chart, the recent gain seems far less impressive. One supporting factor for the dollar, though, is seasonality.

The charts below display the Annual Seasonal Trend for a couple of major foreign currencies. My colleague Jay Kaeppel showed in a recent note that they are either in or are soon to enter a period of seasonal weakness. 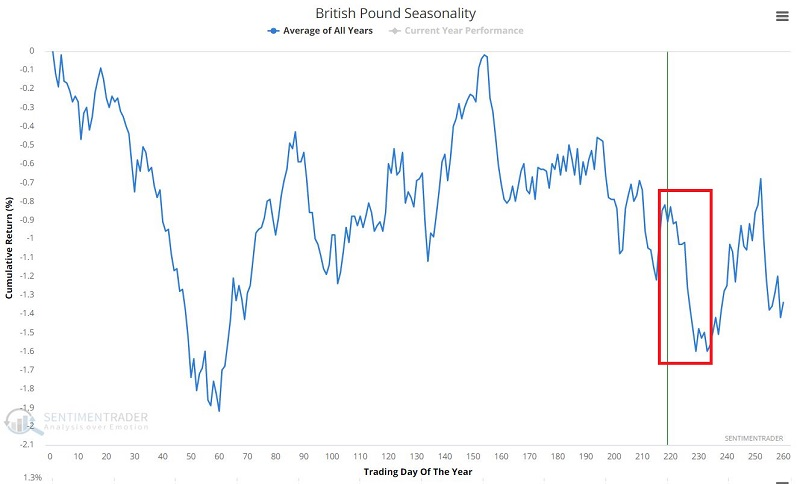 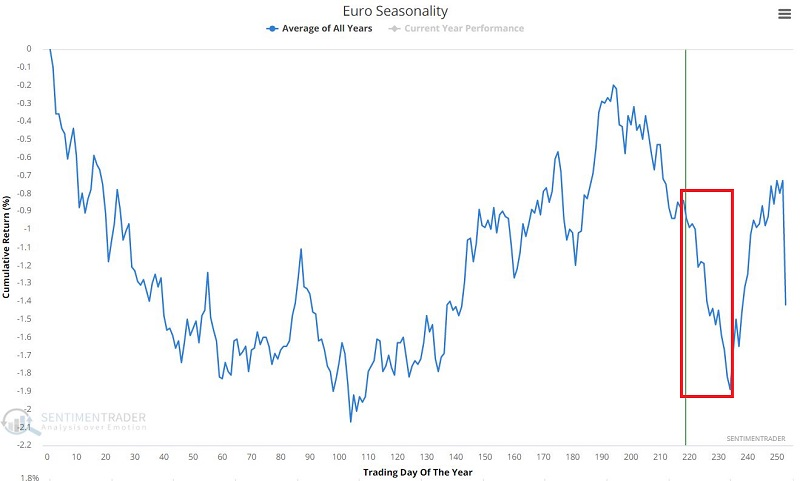 It shouldn't be a surprise that the dollar's seasonal trend is pretty much the opposite of these currencies. So, it has a mostly positive trend and mostly positive seasonality, suggesting the dollar will show strength in the near term.

Corrections are correcting. A month ago, nearly 70% of stocks in the Nasdaq 100 were in corrections, down more than 10% from their highs. That figure has plunged recently, and now fewer than 25% of the stocks are correcting, the lowest percentage since February. 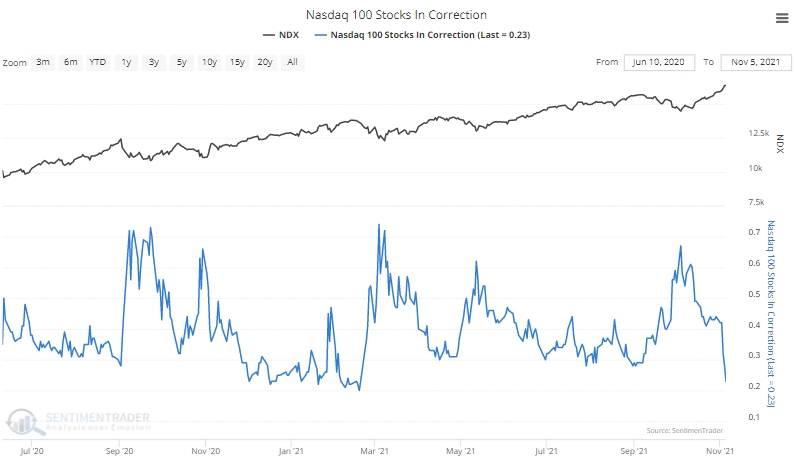 Major indexes are getting high. More than 40% of major global developed market indexes are sitting at 52-week highs, the most since August and among the highest numbers of the year. 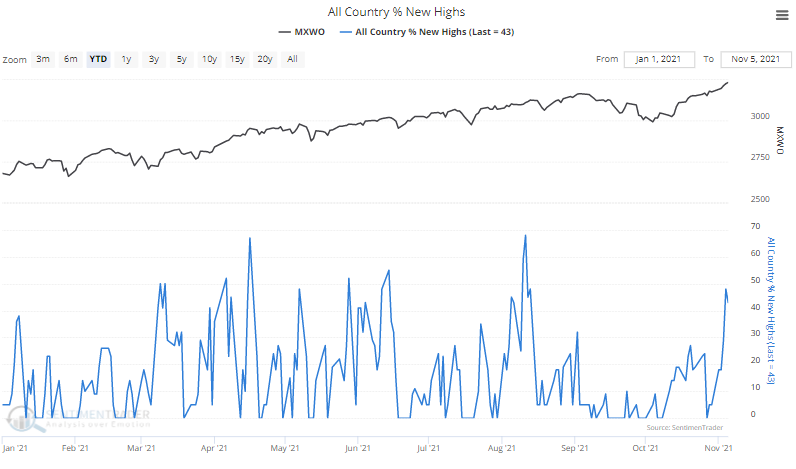 Even gold bugs are happy. Fewer gold mining stocks are mired in downtrends. The percentage of mining stocks in bear markets has dropped from 95% down to 65% in recent days. 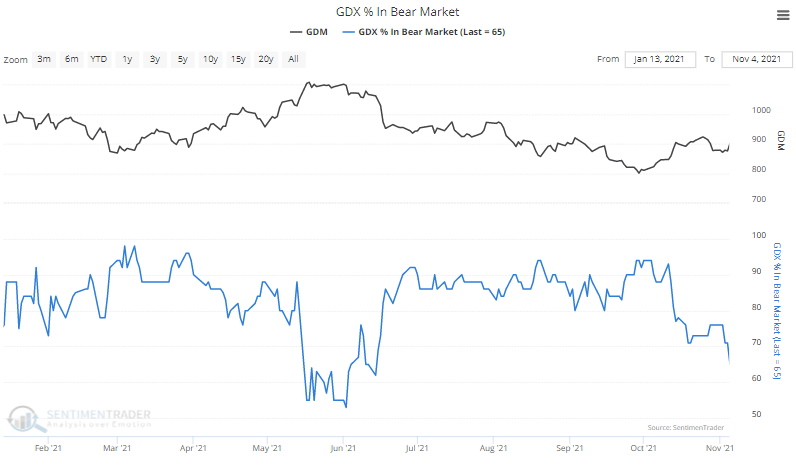 The post titled The calendar is arguing for a dollar breakout was originally published as on SentimenTrader.com on 2021-11-08.