The best momentum in 7 years

Last November, we finally saw an overwhelming percentage of stocks within the S&P 500 that were able to climb above their 200-day moving averages, after almost all of them had been below. The few other times it cycled from an extremely low percentage to an extremely high one, it indicated long-term recoveries ahead.

So far, so good. And it still hasn't stopped.

A "normal" market sees some oscillations back and forth in the number of stocks in uptrends, but not this one. The percentage of stocks above their long-term averages has been stuck at a high level since that note three months ago. 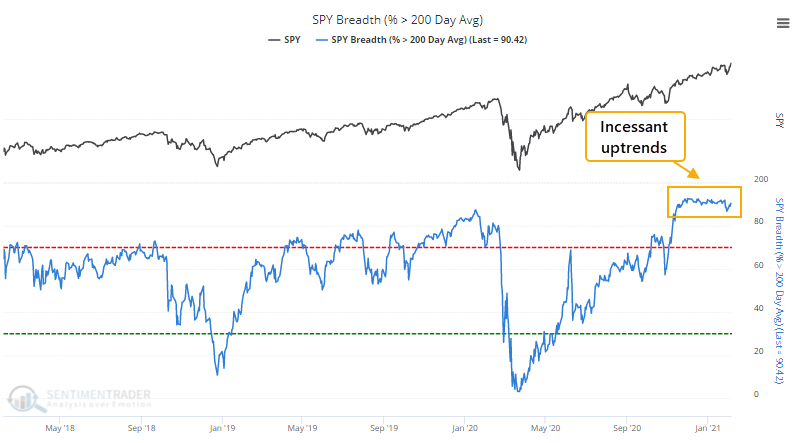 Going back to 1928, this is one of the longest streaks that so many stocks have traded above their 200-day moving averages. While it has continued for nearly 3 times as long, this is the most persistent streak in 7 years.

There is one thing that options traders are afraid of - inflation. According to options pricing, there is now the widest spread between fears of inflation running above 3% versus below 1% in more than 2 1/2 years. Source: Minneapolis Fed 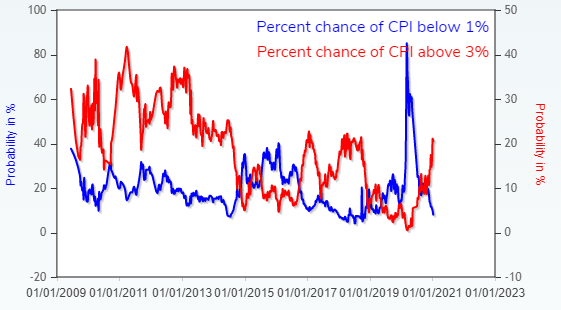 Wall Street has never been more optimistic. Analysts have been upgrading the earnings prospects on more stocks than ever, relative to those they're downgrading. Source: BofA via Daily Shot 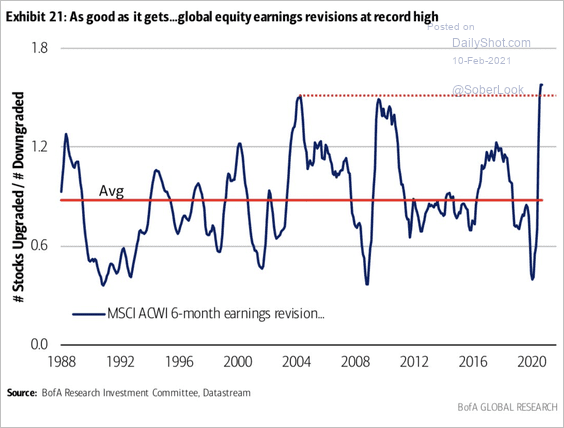 All those call options are in stocks. The put/call ratio for equity options is the lowest in 20 years, but traders haven't been so sanguine about the indexes, with the index put/call ratio holding at a high level. Source: Bloomberg via Liz Ann Sonders 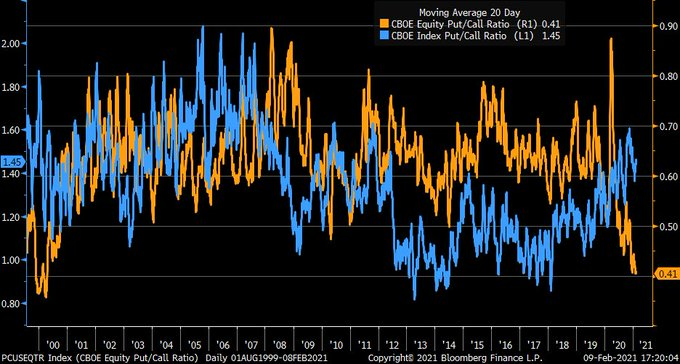 The post titled The best momentum in 7 years was originally published as on SentimenTrader.com on 2021-02-10.