The Average Stock Is Dragging the Indexes Lower

For months now, and especially since the peak in speculative mania in February, we've watched closely for internal deterioration in the major indexes.

Those signs popped up sporadically, with a day or two of oddly poor breadth readings in the S&P 500 or broader market. But usually, within a couple of days, things would completely reverse and wipe away any divergences.

Not so much this time.

Last week, we saw that the remarkable momentum run in the S&P has come with fewer than 60% of its stocks holding above their 50-day moving averages. That's one of the starkest divergences, over a respectable time frame (not just a single session), since 1928.

All of this internal weakness has bled into broader measures. The Cumulative Advance/Decline Line for the NYSE has now sunk to a multi-month low. 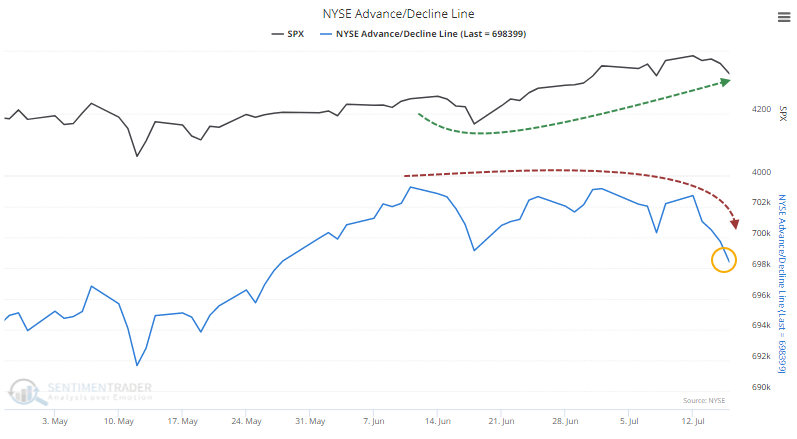 Since the A/D Line peaked on June 11, the S&P 500 has gone on to add more than 100 points and was perched at an all-time high within the past week. The A/D Line, in contrast, has sunk enough to be at its lowest point in two months.

When this has triggered in the past, the S&P tended to follow the A/D Line lower, with a positive return over the next month only 37% of the time. It showed more risk than reward up to three months later and showed below-random returns across all time frames.

Materialistic. For the first time in over a year, there was more trading activity in put options than call options in Basic Material stocks. 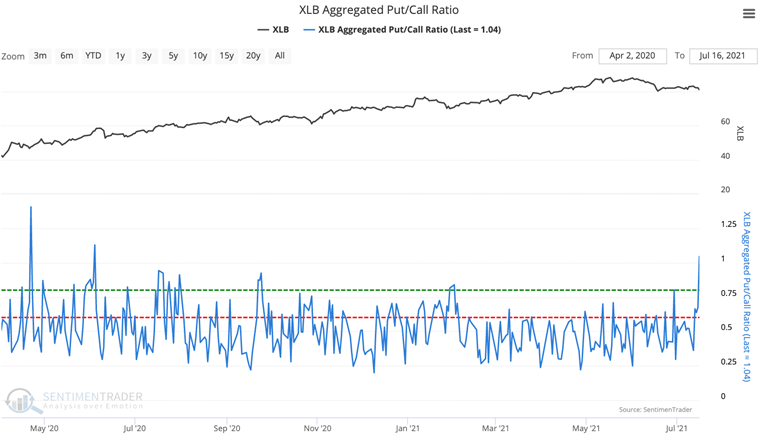 On the contrary. The current year performance of cotton is defying years past. Cotton is typically sluggish from the end of spring to the fall, yet this year it's quite the opposite. 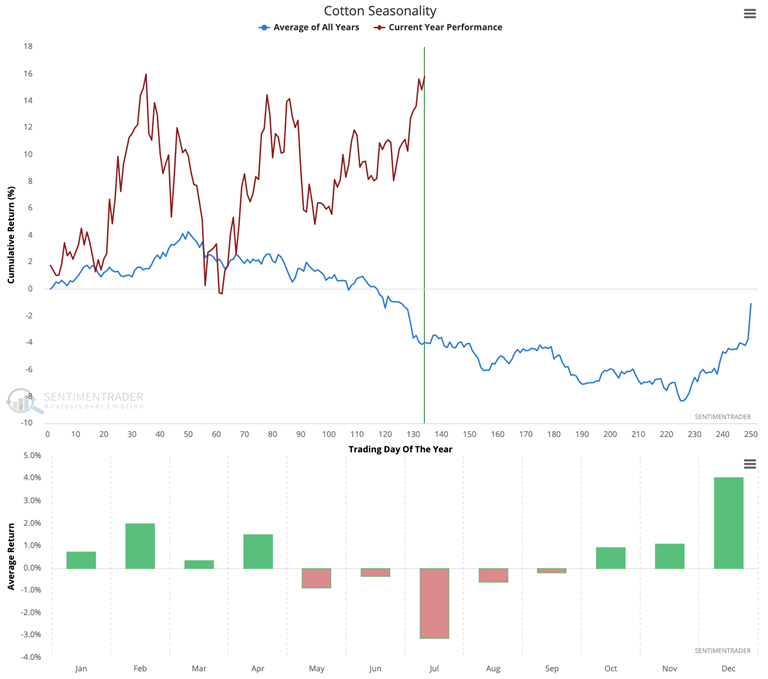 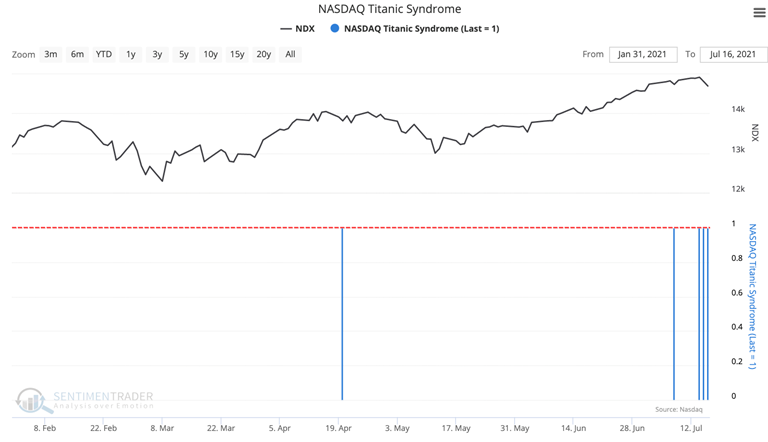 The post titled The Average Stock Is Dragging the Indexes Lower was originally published as on SentimenTrader.com on 2021-07-20.