Tesla Serves As A Speculative Spigot

While it’s arguable to suggest that investors were showing speculative excesses in January, with many indications that they were, recently one of the few signs is trading activity in Tesla. Looking at other large jumps in compressed time frames among major equity index members, this is a worrying sign.

There was a cluster in 1999-00 (of course), but even outside of that, and even in recent years, such enthusiasm for an established stock has led to mostly poor shorter-term returns for the indexes themselves.

Growth has been all the rage throughout this bull market, and continues to be so. Tech continues its nonstop rally, and stocks like Tesla are popping.

Turning Growth vs. Value into a ratio, it's clear that growth has surged over the past few months, pushing the ratio's 14 week RSI into overbought territory (i.e. >70). 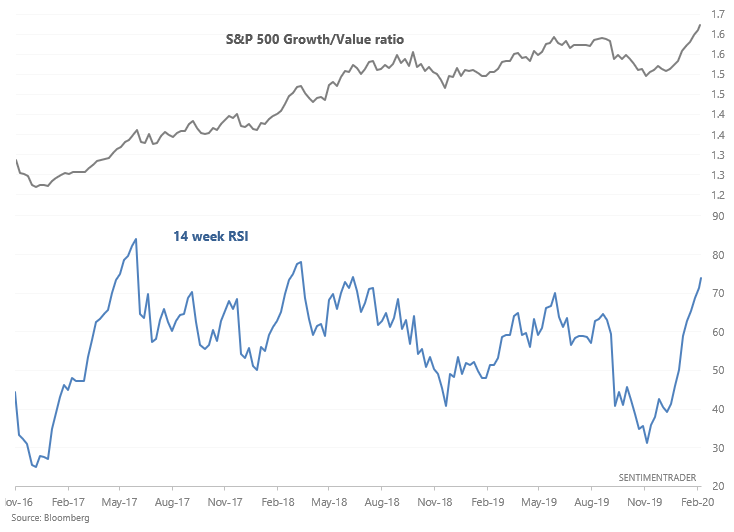 Does this automatically mean that growth will underperform relative to value in the near future? Not necessarily. Here's what happened to the ratio between them after it reached an extreme: 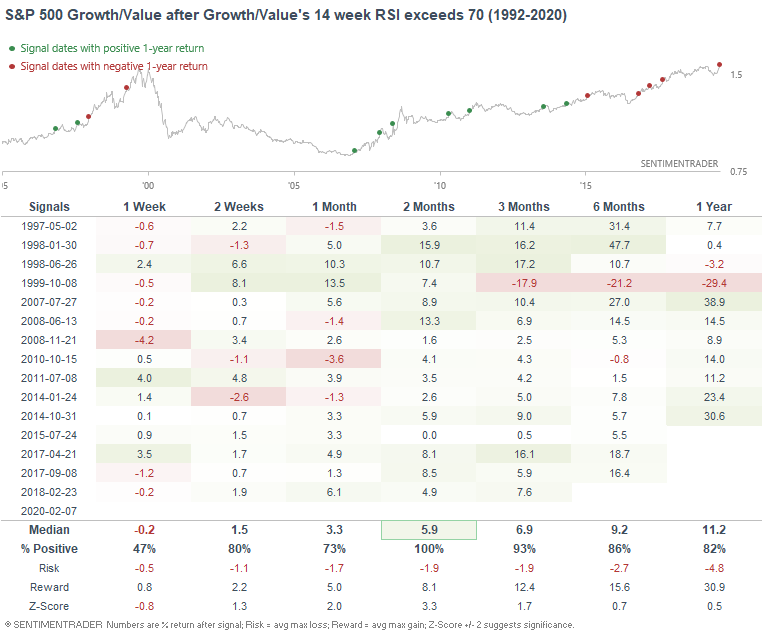 In some cases, extreme momentum isn't a very useful contrarian sign. Instead, it's a sign that "strength begets more strength". In this case, strong momentum in Growth vs. Value usually led to Growth outperforming over the next 2 months.

The post titled Tesla Serves As A Speculative Spigot was originally published as on SentimenTrader.com on 2020-02-11.