Stopping at a line in the sand

Last week, there was a quick and substantial pullback in the percentage of stocks within the S&P that were above their own 50-day moving averages. That corrected further on Friday and stopped right around the 40% level. In healthy market environments, this is about where it tends to stop as buyers tend to step in quickly and that's about it for the pullbacks. It appears the same thing happened this time, though it's still too early to tell.

The percentage of industries and sectors above their 50-day averages both plunged below 40%, so that bears watching. More than 40% of countries are still above their average, so that's a bit of a positive. 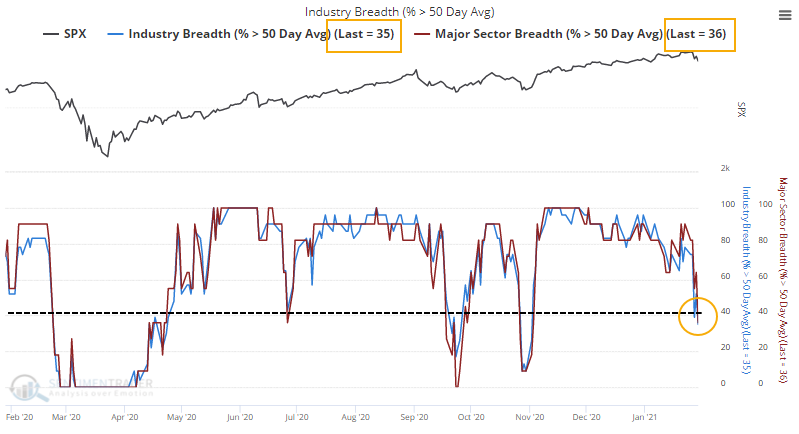 Among sectors, it's mostly the defensive ones that are seeing the fewest stocks above their 50-day averages, so there is still evidence of a risk-on mentality.

New companies are losing money, and their share prices are soaring. This is nothing new - it's been a theme for months, if not longer. But recent IPOs are overwhelming coming to money without a proven business model, or at least one where, you know, making a profit means something. Source: Alpine Macro via Daily Shot 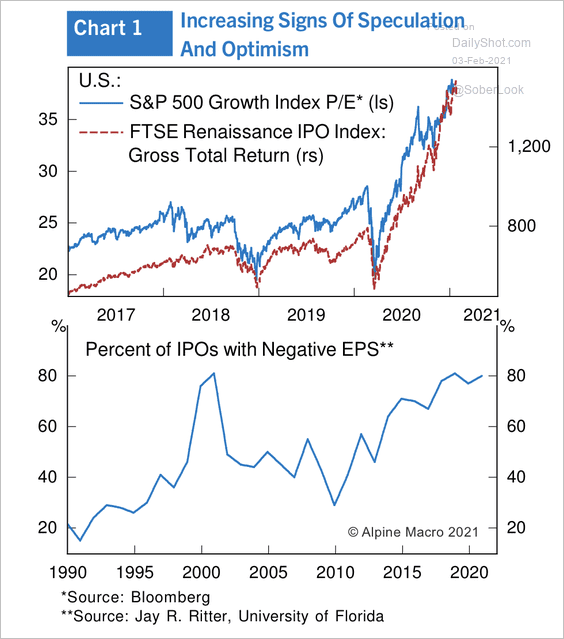 The average stock can't beat the index. Pity the poor fund manager trying to outpace the S&P 500 as the percentage of stocks beating the index over the past 12 months plunges toward record lows. We superimposed a price chart of the S&P along with arrows showing the last two similar extremes. Source: Kailash Concepts 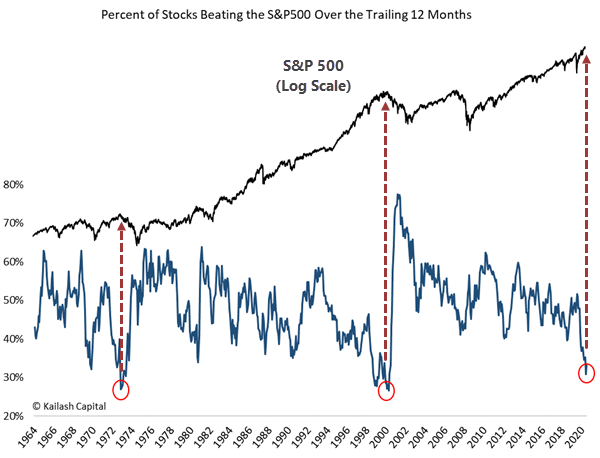 All aboard the tech train, again. Flows to start the week heavily favored tech and "innovative" companies, while shunning things that people consume. Source: Christian Fromhertz 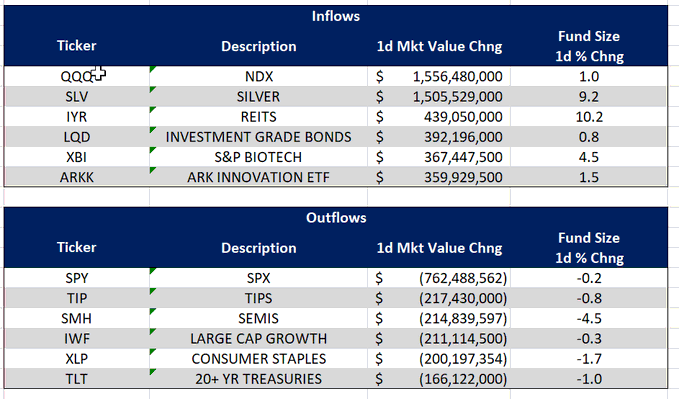 The post titled Stopping at a line in the sand was originally published as on SentimenTrader.com on 2021-02-03.