Stocks surged again and neared (or hit) 52-week highs, yet crude oil fell again and closed at a 52-week low. Typically, there is more of a positive correlation between them. 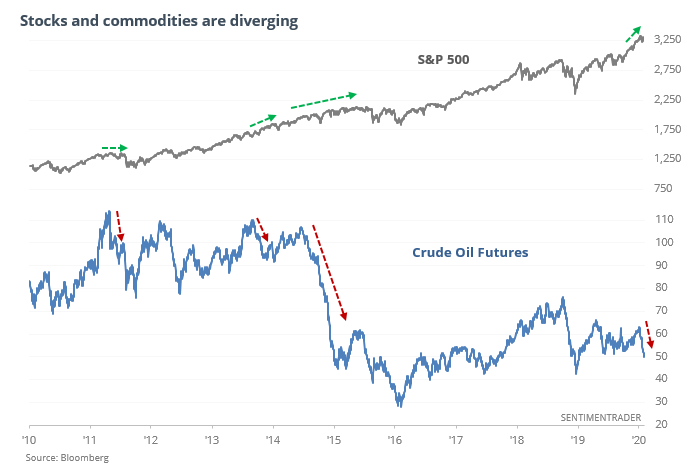 Going back to 1985, when oil diverged so much from stocks, it led to mixed returns for stocks, with slight weakness shorter-term. It was mostly the same for oil prices.

The percentage of S&P 500 stocks in a correction, more than 10% below 52 week highs, fell over the past few months to the lowest level since early-2018 as the stock market rallied.

Various studies demonstrated that when this happened in the past, the S&P's returns over the next 6-12 months were mostly bearish since this typically happened after a major correction or a bear market: 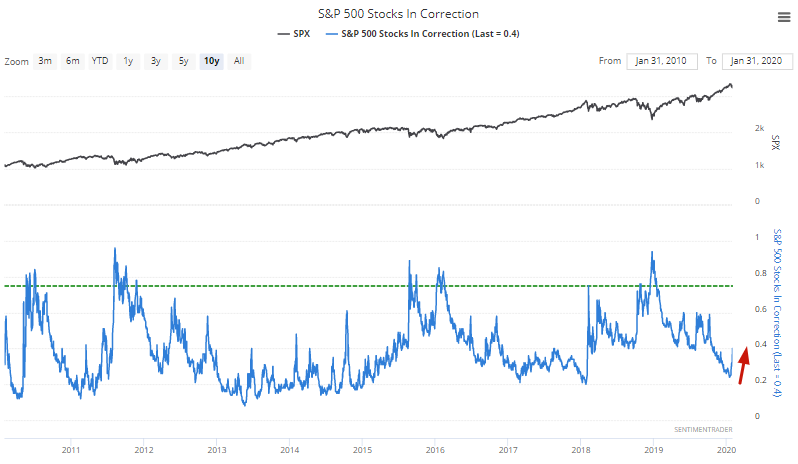 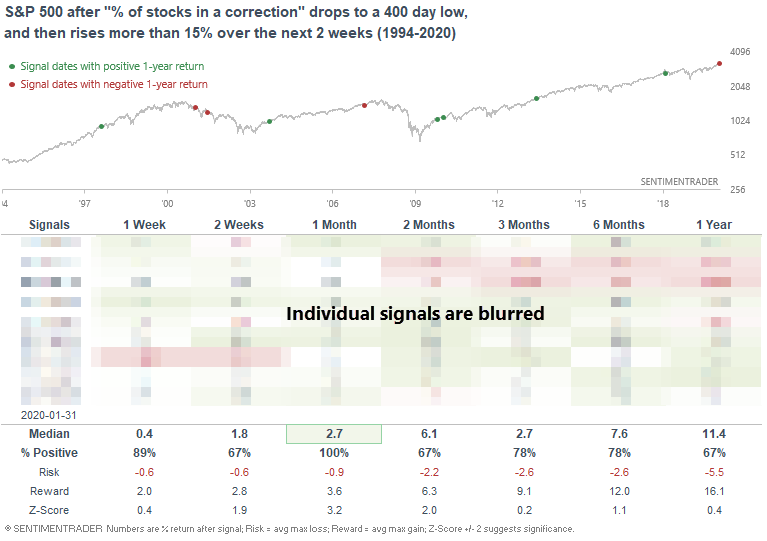 In a bull market this is typical when the market experiences a period of strong momentum and then makes a quick pullback.

The post titled Stocks, Oil Diverge As Corrections Spike was originally published as on SentimenTrader.com on 2020-02-05.