Stocks Haven't Done This for More Than 6 Months

The bears tried. They failed but seem to be making another run today.

After letting some air out of Tech stocks and some former highfliers, bulls have made a stand and kept the broader market steady. Once again, sellers failed to push the S&P 500 down even 5% from its peak. It got close last week but held above that threshold. 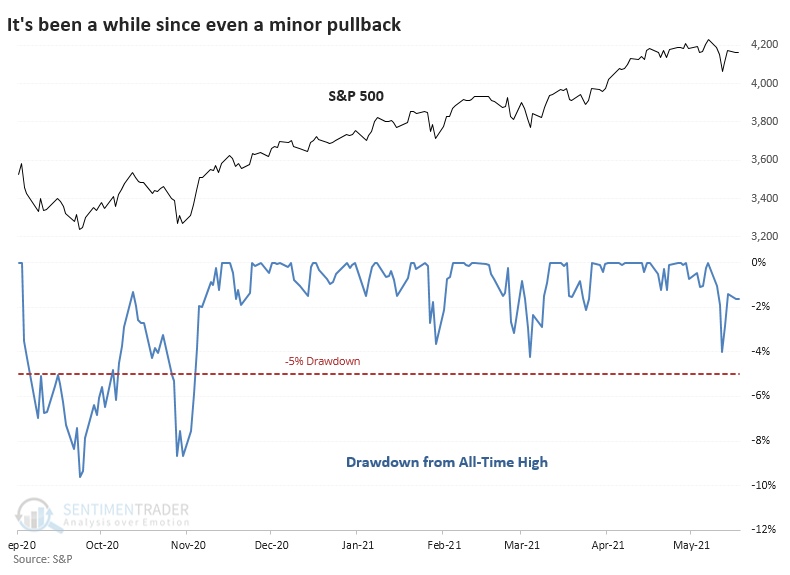 The index has now gone 134 trading days without a 5% pullback. That's the 18th-longest streak since 1928, and it would take only a few more days to push it into 15th place.

Once it got this extended, the S&P's returns over the next month were poor. Even up to 3 months later, its risk outweighed its reward. But as we've seen with so many momentum studies, when buyers have been so persistent, they didn't give up easily, and there were few large declines to speak of.

The Risk/Reward table highlights those signals when the index fell more than 10% from the signal date. Only 2 out of the 17 signals suffered that fate within the first 3 months.

The post titled Stocks Haven't Done This for More Than 6 Months was originally published as on SentimenTrader.com on 2021-05-20.